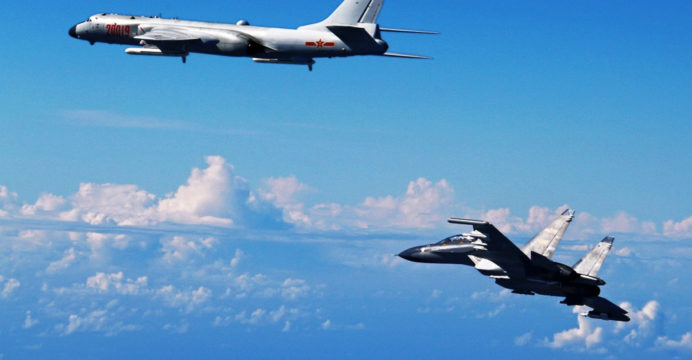 Taiwan’s future lies in reunification with China, the Chinese military has said. It also asked Taiwan to be aware of the issue. In addition, the United States has been warned not to rely on. The Chinese military made the remarks on Thursday in response to a question about a recording exercise of Chinese warplanes in the skies of Taiwan last week. A Reuters report said this.

Meanwhile, Taiwan’s Foreign Minister Joseph Yoo told US media CNN in an interview that “we must be prepared for a possible military confrontation with China.”

“As a decision-maker in Taiwan, we can’t take any chances,” Yeo told CNN in Taipei on Wednesday. We have to be ready. The Chinese government says it will not abandon the use of force and is conducting military exercises around Taiwan. We believe this is the case. ”

Last Tuesday, 28 Chinese warplanes entered Taiwan’s airspace. These warplanes include fighters and bombers capable of carrying nuclear bombs. China considers Taiwan an isolated province. However, Taiwan claims to be a sovereign state. NATO leaders have described China as the biggest threat to the peace and stability of the Taiwan Strait. The sending of aircraft followed this into the skies of Taiwan.

When asked about the deployment of the warplanes last week, Chinese Defense Ministry spokesman Ren Guoqiang said, “The exercise was a necessary step to protect national sovereignty and the current security situation.”