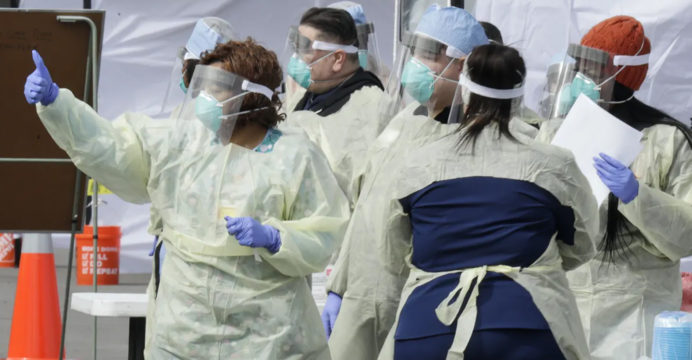 So far, 150 million people in the world have recovered from Corona

The world is overwhelmed by the epidemic of coronavirus. The virus is becoming more and more dangerous as the days go by. The number of deaths is increasing every day, millions of people are also affected. The new Indian version of the deadly virus has added to the panic in people’s minds.

Although the corona vaccine has been discovered, the panic has not yet subsided. In the meantime, the death toll in Corona has exceeded 34 lakh 7 thousand, and more than 16 crores 79 lakh people have been affected.

The United States, the world’s most powerful country, has had the highest number of infections and deaths from the corona. In the country at the top of the list, 3 crores 39 lakh 22 thousand 938 people have been infected with corona so far. 6 lakh 4 thousand 417 people have died.

India, which is the second most affected and the third deadliest country in the world, has so far infected 2,69,46,496 people and killed a total of 3,7,249 people.

Brazil, which is the third most affected and the second deadliest country in the world, has so far infected 1,61,21,137 people with corona. 4 lakh 50 thousand 26 people have died.

France is in fourth place in terms of attacks. So far, 57 lakh 5 thousand 696 people have been affected by corona in the country. One lakh 7 thousand 756 people have died due to the virus.

Turkey is in fifth place on this list. So far 51 lakh 94 thousand 10 people have been infected with a corona in the country. Of these, 46,446 people died.

Coronavirus transmission began in late December 2019 in Wuhan, Hubei Province, China. So far, Covid-19 has spread to 218 countries and regions of the world including Bangladesh.