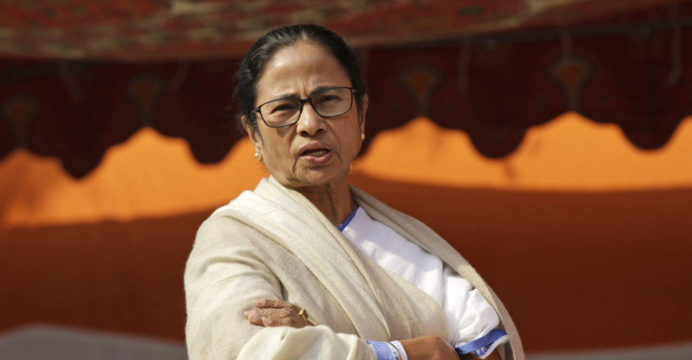 Mamata will contest the by-election from Bhavanipur constituency

MLA Shobhandev Chattopadhyay resigned from the Bhabanipur assembly seat. He went to the assembly on Friday afternoon and submitted his resignation letter to Speaker Biman Banerjee. West Bengal Chief Minister Mamata Banerjee will contest the by-election from the Bhavanipur constituency. After resigning on Friday (May 21st), Shobhandev said he resigned for the party leader. The Bengali newspaper Anandabazar of West Bengal has given this information.

Anandabazar further said that Shobhandev had earlier become an MLA from the Rash Behari constituency. Bhabanipur is Mamata’s old seat. Shobhandev is contesting from Bhabanipur as Mamata is a candidate in Nandigram in this year’s assembly elections.

Shobhandev defeated BJP’s actor candidate Rudranil Ghosh. As Mamata did not win in Nandigram, the Chief Minister will have to win from any seat as per the rules. According to Trinamool sources, Mamata will contest the by-election from her own center Bhabanipur.

Veteran grassroots leader Shobhandev is the first MLA of the party. He was a Congress MLA from Baruipur in South 24 Parganas. After the formation of Trinamool, Rasbihari left the post of MLA of Baruipur in 1996 and became the Trinamool candidate in the by-election.

The by-election was held in that constituency on the death of Congress MLA Haimi Basu. The Trinamool won the by-election of Shobhandev and represented it in the first assembly.