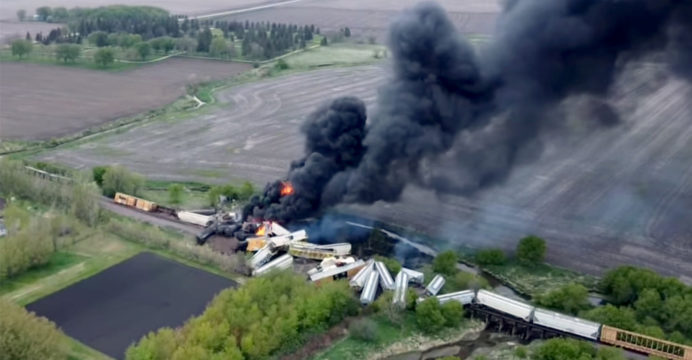 Train crashes in US, bridge collapses

A freight train has crashed in the United States. A bridge has derailed and collapsed.

The crash happened near the town of Sibley in Iowa on Sunday afternoon, local time. 48 freight bogies derailed.

As seen in the drone image, the bogies are scattered on both sides of the collapsed bridge. Some have caught fire. So far, no casualties have been reported on the train. Rescue work is underway.

Authorities, however, are more concerned about the chemicals spilled from the train. Fertilizer and ammonium nitrate were being carried in derailed bogies. The administration has asked the residents of the surrounding area to move to safer places for fear of poisoning. An investigation is underway to find out the cause of the accident.