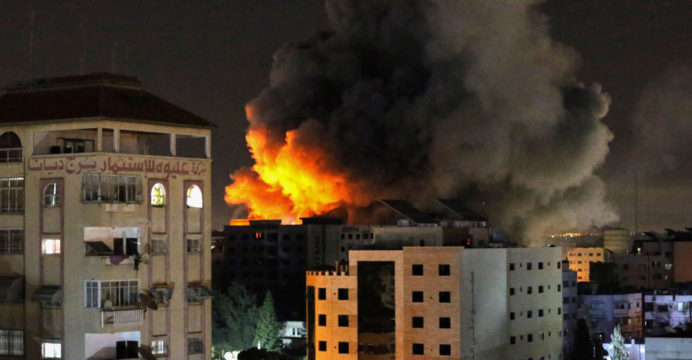 Israel has carried out overnight airstrikes in Gaza

Israel launched dozens of attacks in Gaza on Monday (May 16th) local time, ignoring international calls for a ceasefire in the second week of the conflict, which began on Monday (May 10th). On the other hand, Hamas is also launching rocket attacks on Israeli cities in retaliation.

But there is no sign of an end to the fierce hostility between Israel and Hamas, the ruling group in Gaza, which has a population of 2 million.

The Israeli military says its warplanes pounded the homes of nine senior Hamas leaders after rocket attacks from Gaza on the towns of Birseba and Ashkelon. The houses were being used as weapons warehouses.

However, no casualties were immediately reported in the attacks.

Meanwhile, various countries around the world have already expressed concern over the Israeli attack on Gaza. The Palestinian Ministry of Health said 42 people, including 10 children, were killed in a day-long attack in Gaza on Sunday. On the other hand, Hamas has also launched a series of rocket attacks on various Israeli cities in retaliation.