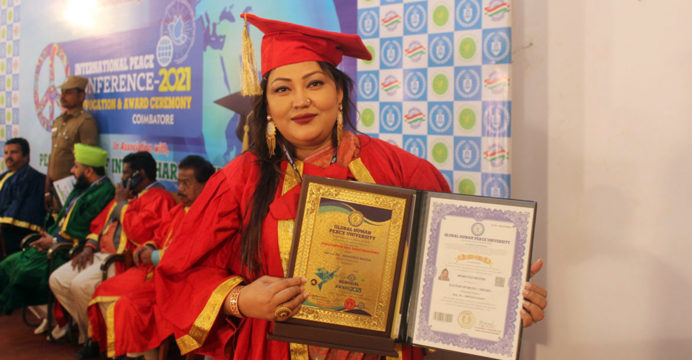 The Global Human Peace University in Tamil Nadu, India has been awarding honorary doctorates to special people from all over the world who are contributing to society in various fields. This year Mamtaz Begum MP, the folk empress of Bangladesh, obtained this honorary doctorate degree.

In a special ceremony on April 10 (Saturday), Dr. P. Manuel, the founder and chairman of the university, awarded her the title of ‘Doctor of Music’. Mumtaz Begum is the only artist in the world who has a world record of more than eight hundred published albums.

For thirty long years, She has been spreading the appeal of Bengali music all over the world, and in time, she has brought many honors from home and abroad. Received many awards including National Film Award more than once. She continues to contribute to positive mental development through social awareness songs. For these reasons, he has been awarded the title of ‘Doctor of Music’ this year, according to the university authorities. 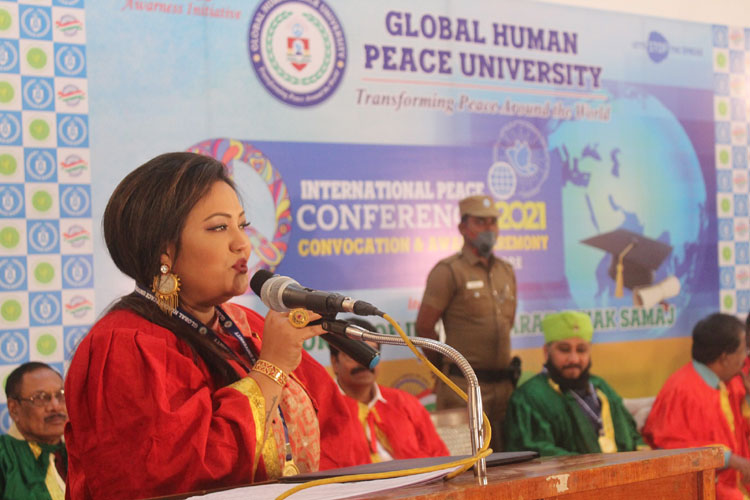