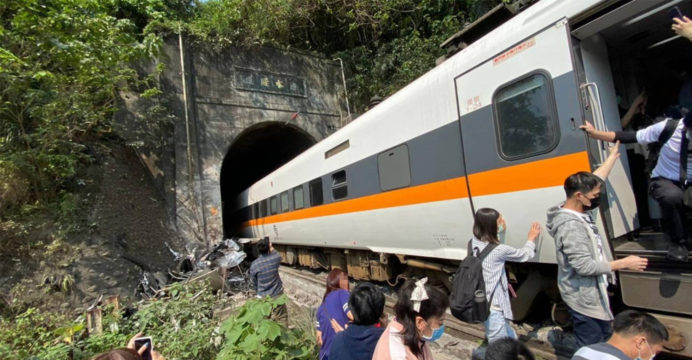 At least 36 people were killed when a train derailed inside a tunnel in Taiwan. About 100 people have been injured so far in Friday’s crash.

According to the fire brigade, the injured were admitted to a local hospital, but most of them were in critical condition. The locals have come forward in collaboration with the fire brigade to rescue the rest.

According to the country’s media, the train was traveling in the city of Taitung with 350 passengers. However, the accident happened shortly after entering a tunnel in the Hualien region. At least four bogies derailed when they hit the wall.

The official Central News Agency said a truck that was “not parked properly” was suspected of sliding into the path of the train. 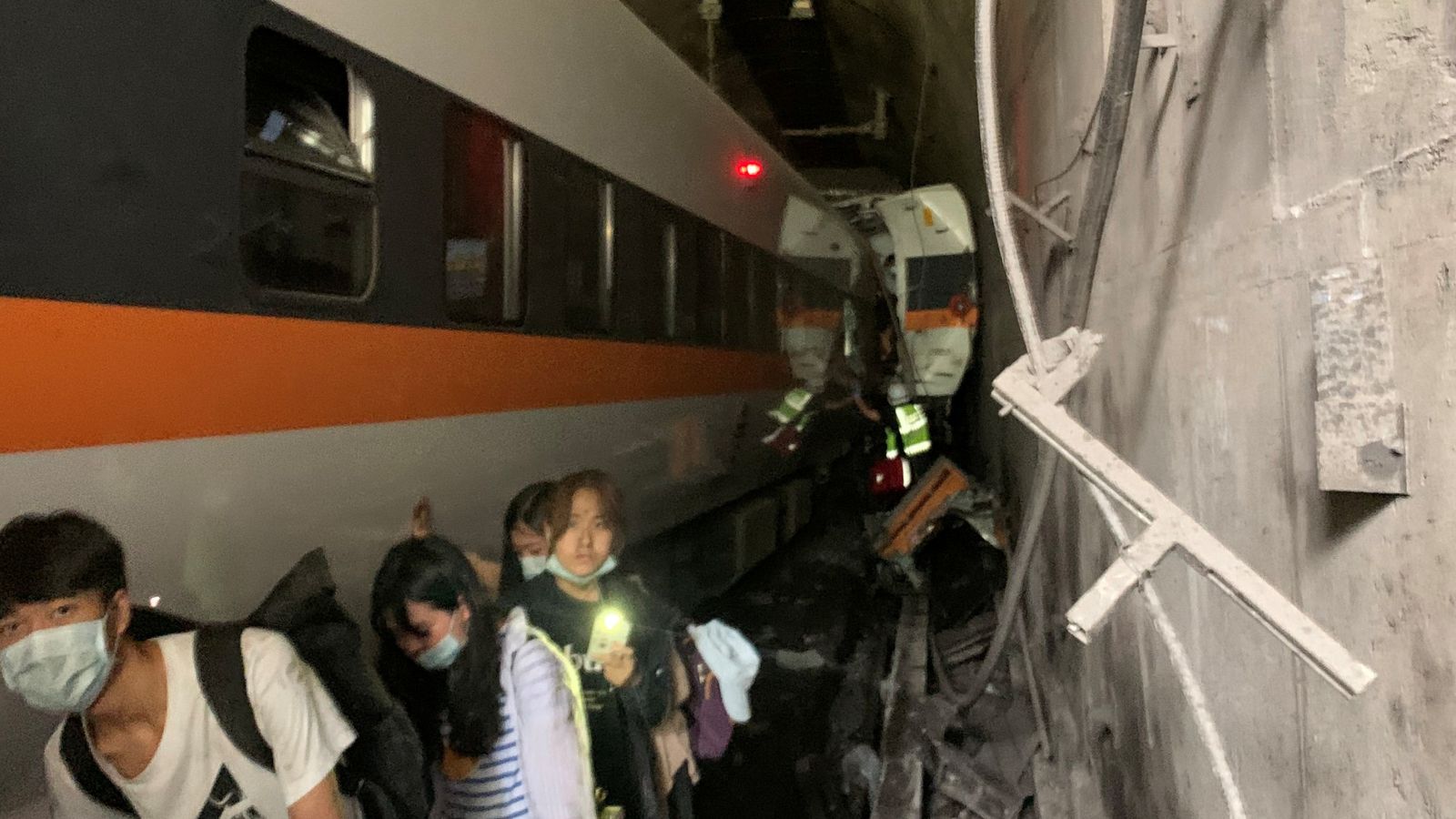 “Our train crashed into a truck,” one man said in a video aired on Taiwanese television, showing pictures of the wreckage. “The truck came falling down.”

Images of the crash scene showed some carriages inside the tunnel crumbled and ripped apart from the impact.