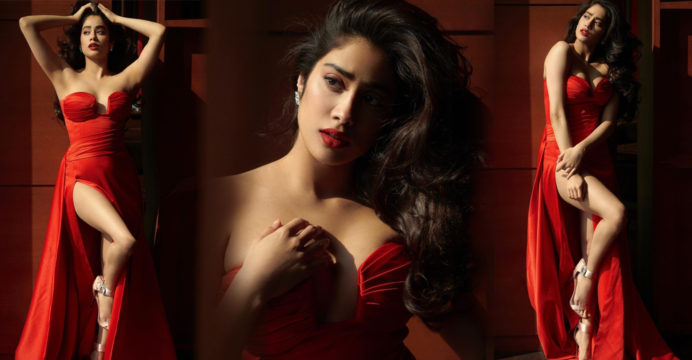 The Indian actress and daughter of late legend Sri Devi wore a sexy red dress for her recent photoshoot. The outfit was a high-slit, off-shoulder dress with a plunging neckline. She paired the look with subtle makeup, reports Indian media.

Janhvi Kapoor is using her fashion game every now and then. During the promotion of her recently released film Roohi, the actress stunned us with her glamorous outfits as well. She is setting the bar high with every outing of her and serving us some major fashion goals every time.

The actress’s hot pink pantsuit, the shimmery dress had become the talk of the town but her latest photoshoot proves that this is just the beginning. Kapoor indulged in a photo session and she donned a new dress and managed to ooze glam with each pose. Janhvi Kapoor in her Red Dress Looks like a Work of Art on Cosmopolitan’s New Magazine Cover. 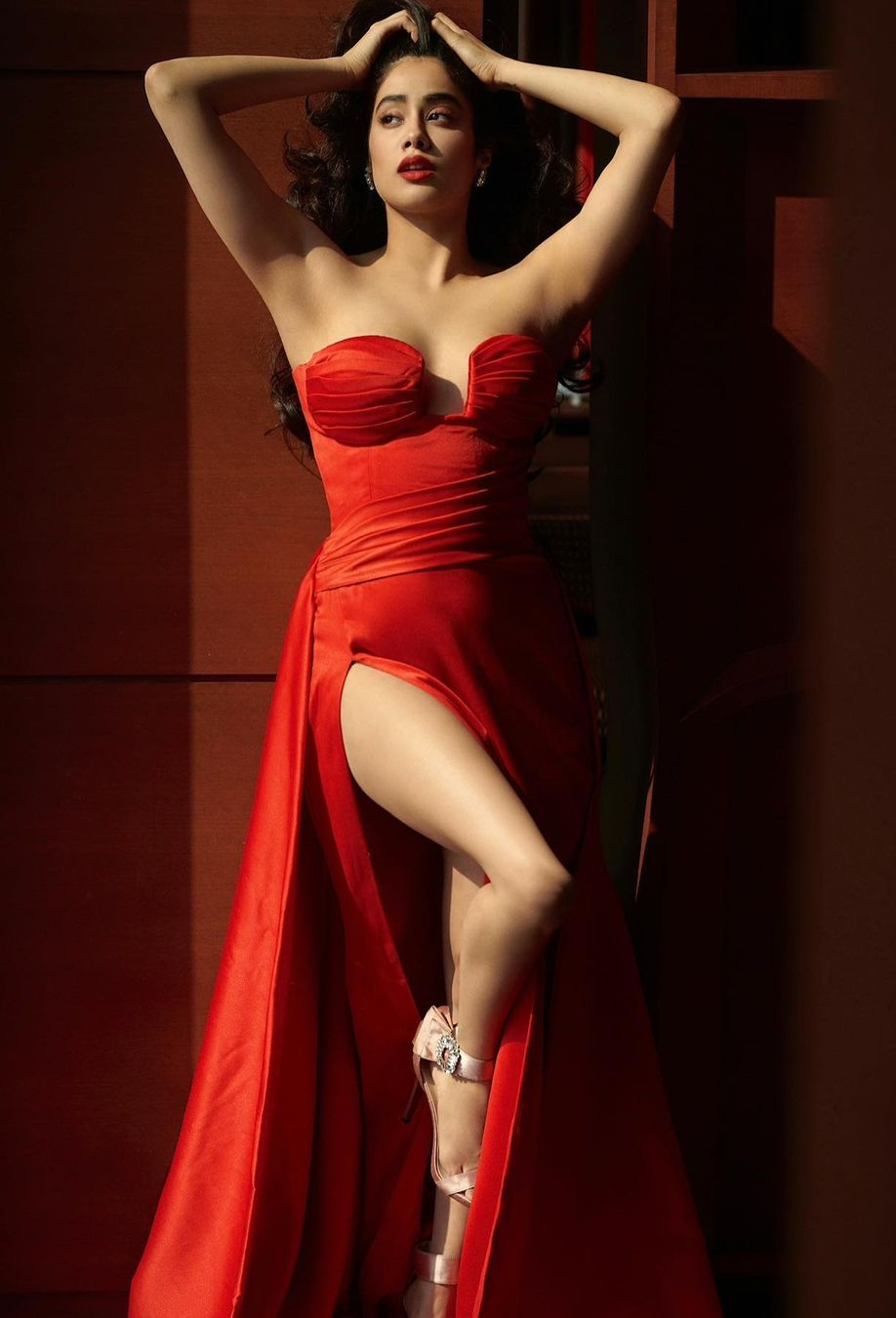 The actress wore a sexy red dress for her recent photoshoot. The outfit was a high-slit, off-shoulder dress with a plunging neckline. She paired the look with subtle makeup. She opted for red lipstick, bronze eyeshadow and a matt base. Her makeup was completed with some mascara, highlighter, and tint. Janhvi added a pair of diamond earrings and a pair of heels. She let her hair down in curls and owned the poses she gave for the camera.