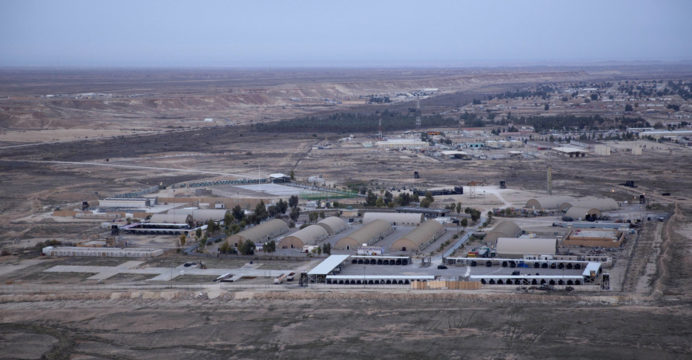 Seven rockets targeted an Iraqi airbase housing US troops north of Baghdad on Monday, a security source said, the latest in a string of attacks Washington routinely blames on Iran-linked factions.

The evening attack on Al-Balad did not cause any casualties or damage inside the base, the security official said.

The other five rockets crashed into a nearby village, he added, noting that all seven were fired from a separate village in the neighboring province of Diyala, east of the base.

There was no immediate claim of responsibility.

There have been several such attacks in recent weeks targeting locations where US forces operate.

On March 3, an American sub-contractor was killed in a similar attack against another airbase, Ain Al-Assad, in Iraq’s western desert.

That came days after the US bombed a border depot in neighboring Syria which the Pentagon said was used by Iran-backed Iraqi armed militia that has been tied to the rocket attacks.

US President Joe Biden described the February 25 raid as a “warning” to Iran.

The attacks had come to a near-complete halt in October following a truce with the hardliners, but have since resumed.