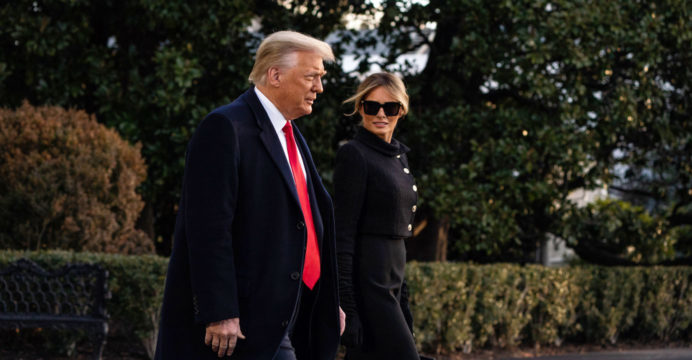 Trump-Melania was vaccinated before leaving the White House

Former US President Donald Trump and his wife Melania Trump were vaccinated against the coronavirus before leaving the White House. The former president’s adviser made the announcement on Monday (March 1).

Although the information has not been released before, even some Trump supporters have expressed doubts about his vaccination

“President Trump and First Lady Melania were vaccinated at the White House last January,” he said without elaborating. Although some Trump supporters have expressed skepticism about the vaccine.

In his first speech since leaving the White House on Sunday, Trump said everyone should be vaccinated against Covid-19, a virus that kills more than half a million people in the United States.

In early October, Trump contracted Covid-19 and was hospitalized in Washington for several days.

On the other hand, on January 20, the day after he took office as president, on December 21, Joe Biden publicly vaccinated against coronavirus. But information about Trump’s vaccination has not been released before.