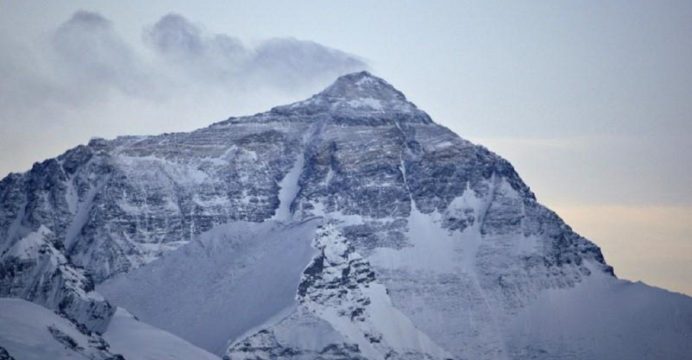 Nepal has banned two Indian climbers and their team leader for six years from mountaineering in the country after an investigation found they had faked their 2016 climb up Mt Everest.

Narender Singh Yadav and Seema Rani Goswami’s climb was certified by the tourism department at the time. The action against them came when they failed to produce any evidence after Mr Yadav was nominated for an award, reports BBC.

Mr Yadav and Ms Goswami are yet to comment on Wednesday’s announcement.

Reaching the top of the 8,848.86m (29,032 ft) mountain is considered to be a shining feat for mountaineers around the globe.

When Mr Yadav was listed for the prestigious Tenzing Norgay Adventure Award last year, the pairs’ claims were queried by other climbers.

A Nepal tourism ministry official told AFP that during their investigations with other climbers, they found that the two “never reached the summit” and had failed to produce any reliable pictures of the summit and other evidence.

“In our investigation, we found that they had submitted fake documents [including photographs]. Based on the documents and the conversation with the officials concerned, including sherpas [expert Nepalese mountaineers], we reached this conclusion,” an official from Nepal’s tourism and culture ministry told The Indian Express newspaper.

Mr Yadav, Ms Goswami and team leader Naba Kumar Phukon have been placed under a six-year ban – starting retrospectively in 2016. Their Everest summit certification has also been revoked, AFP reported.

The tourism ministry has also fined the company that organised the climb and the sherpas that supported them.

Indians first summited Everest in the 1960s and in 1984, Bachendri Pal became the first Indian woman to climb the mountain. Indians have also set records for “the first twins”, “the first female amputee”, “the youngest girl ever” and “the oldest woman ever” to ascend the peak.

Many of those who have succeeded in scaling the mountain have subsequently gone on to have lucrative careers as motivational speakers and authors.

But this is not the first time Indian climbers have been called out for faking claims that they reached the summit.

In 2017, police in the western Indian state of Maharashtra sacked two officers after an inquiry found their claim to be the first Indian couple to climb Everest was fake.

Dinesh and Tarakeshwari Rathod said they had successfully reached the summit in 2016, but Maharashtra police said the couple had “morphed photographs” to show a successful ascent.

Nepal’s tourism department had initially certified their ascent but rescinded that decision after an investigation.