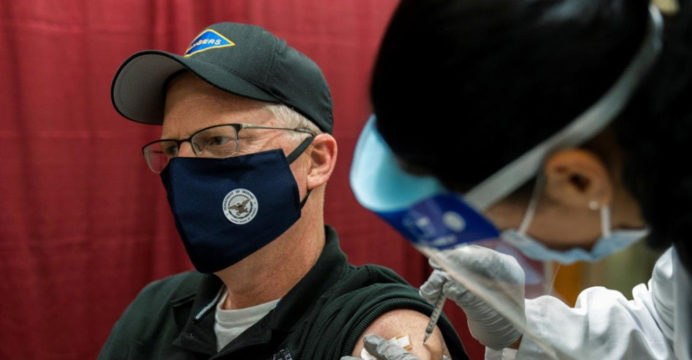 The Pentagon chief vaccinated for COVID-19

Pentagon chief Christopher Miller has become the first vaccinator in the United States. He took the vaccine in front of the camera on Monday to provoke the countrymen.

The Pentagon announced last week that Pentagon chiefs and top military officials would be vaccinated voluntarily and publicly. Their purpose is to inform the public about the effectiveness and safety of vaccines.

Vaccination has begun in the United States since Monday when the death toll from the coronavirus dropped to 300,000. Health workers and nurses are being given priority in this case.