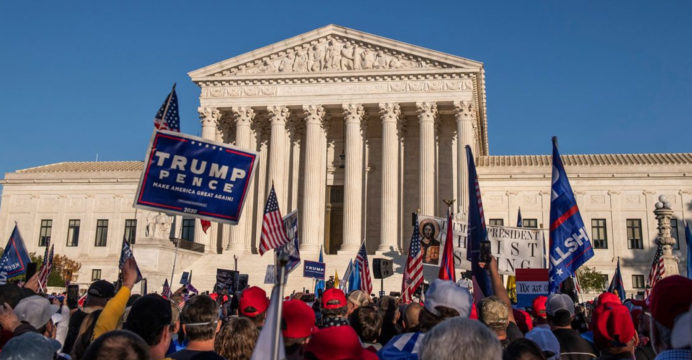 US President Donald Trump has called on the Supreme Court to intervene in the election.

Trump made the call in a Twitter and Facebook post on Thursday. For the first time in US history, a ruling president has called on the country’s highest court.

Raising false allegations of fraud in the presidential election, Trump said the Supreme Court has the opportunity to defend the country after the biggest fraud in history.

Meanwhile, four states have responded to the Texas Attorney General’s lawsuit. The response from Georgia, Michigan, Pennsylvania and Wisconsin did not go down well with Trump.

In response, the attorney generals of the four states of Texas also called Trump’s election fraud allegations “baseless.” They have appealed to the Supreme Court to dismiss such baseless cases.

All 50 states in the United States have certified the results of the November 3 presidential election. The result is that Democrat candidate Joe Biden has been elected president.

President Trump has so far filed 50 lawsuits alleging vote rigging and fraud in the election. About 30 of them have been dismissed.