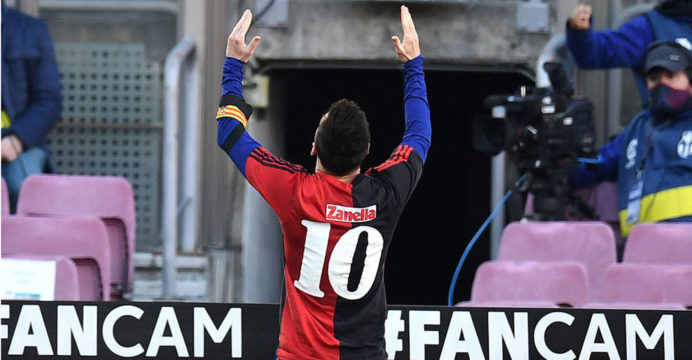 Barcelona on Sunday followed the advice of coach Ronald Koeman and paid tribute to their former player Diego Maradona with an emphatic return to form in La Liga and a 4-0 victory over Osasuna. Maradona, who played two seasons for Barca, died on Wednesday aged 60.

Before the match, the club played ‘The Song of the Birds’ by Catalan cellist Pablo Casals as the teams stood around the center circle where a Maradona shirt was laid on the center spot.

Flags at the Camp Nou flew at half-mast, Maradona’s image was displayed on every screen and digital advertising hoardings while a club official held a framed Maradona Barcelona shirt.