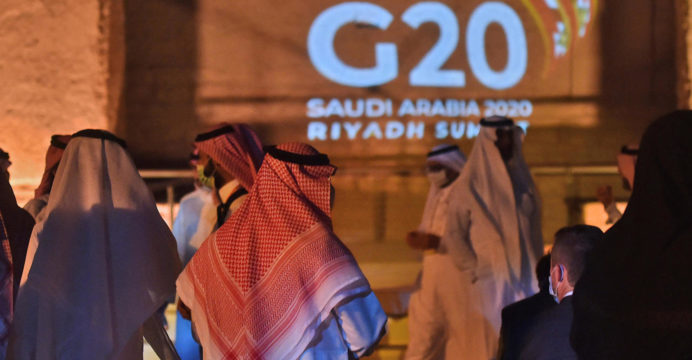 Saudi Arabia hosts the G20 summit Saturday in a first for an Arab nation, with the downsized virtual forum dominated by efforts to tackle the coronavirus pandemic and a crippling economic crisis.

The two-day meeting of the world’s wealthiest nations comes as President Donald Trump refuses to concede a bitter election and campaigners criticize what they call the G20’s inadequate response to the worst global recession in decades.

World leaders will huddle virtually as international efforts intensify for a large-scale roll-out of coronavirus vaccines after a breakthrough in trials, and as calls grow for G20 nations to plug funding shortfalls.

Amid a raging pandemic, the summit, which is usually an opportunity for one-on-one engagements between world leaders, is reduced to brief online sessions of what some observers call “digital diplomacy”.

Saudi Arabia’s King Salman will preside over the summit, with sources close to the organizers saying climate change was among the issues topping the agenda. 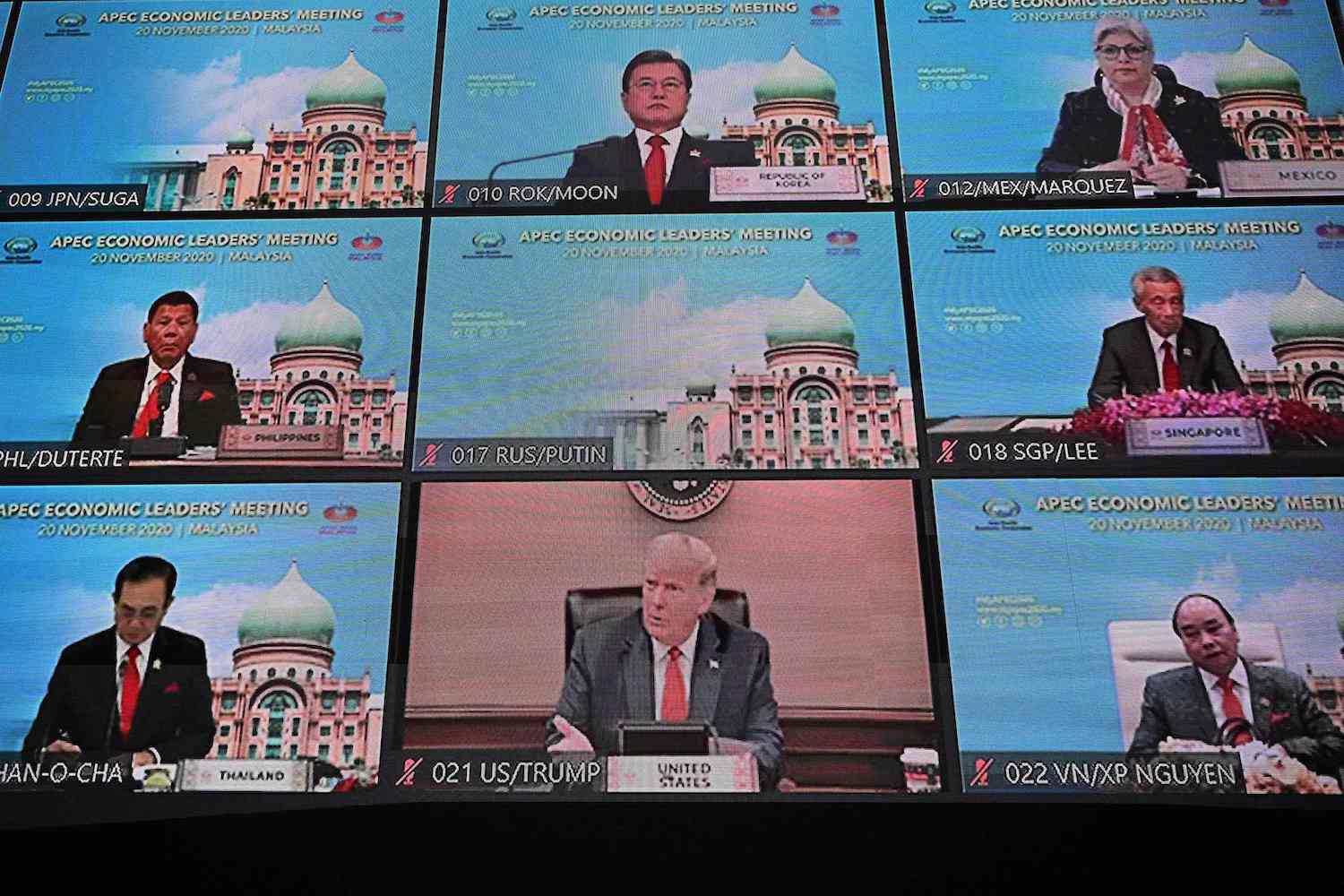 A screen shows the virtual meeting between world leaders including US President Donald Trump (bottom C) during the online Asia-Pacific Economic Cooperation (APEC) leaders’ summit in Kuala Lumpur on November 20, 2020.

Trump will also participate, a US official said.

G20 nations have contributed more than $21 billion to combat the pandemic, which has infected 56 million people globally and left 1.3 million dead, and injected $11 trillion to “safeguard” the virus-battered world economy, organizers said.