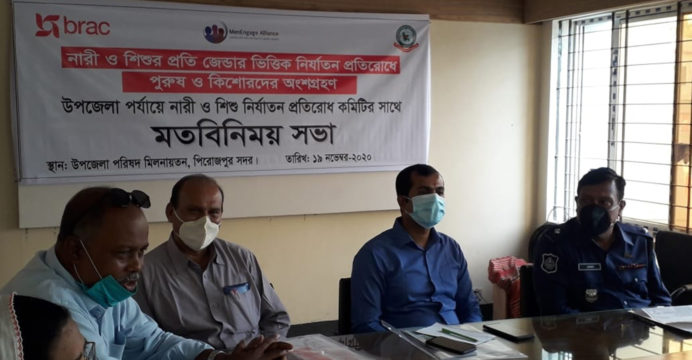 Violence against women and children can be prevented by involving men

Adolescents and men need to be involved in ending gender-based violence against women and children. From childhood through socialization, through watching, through teaching a young man grows up as a criminal.

In order to change this situation, the place of seeing and hearing of the child from the family, society, and state system has to be defiled. The speakers said this at an exchange meeting held in Pirojpur.

He made the remarks while addressing an exchange meeting with the Committee for Prevention of Violence against Women and Children at the Upazila level organized by Pratik Yub Sangsad at Pirojpur Sadar Upazila Parishad auditorium on Thursday (November 19).

Bashir Ahmed, Upazila Nirbahi Officer, presided over the meeting in collaboration with BRAC’s’ Promoting Gender-Based Justice: Reducing Violence Against Women and Children in Bangladesh by Strengthening the Men’s and Boys’Connectivity Network’. Officials of various government and non-government departments of the Upazila were present on the occasion. 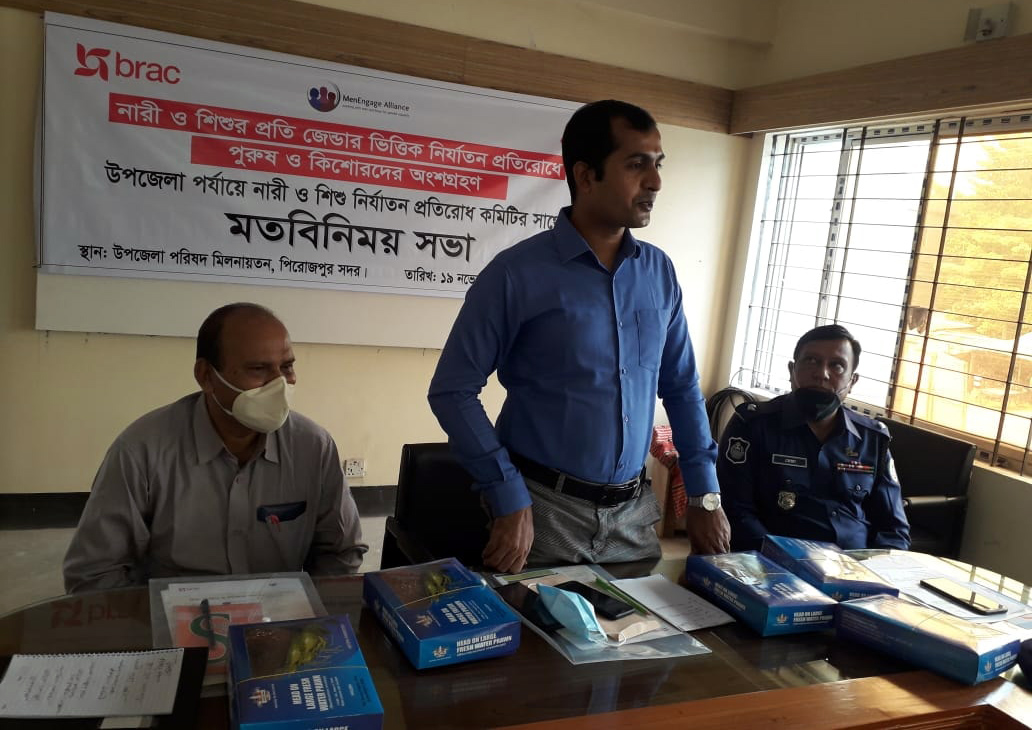 The keynote address was presented by Md. Aminul Islam (Firoz Mostafa), Chairperson of the Symbolic Youth Parliament. Officials of various government and non-government departments of the Upazila were present on the occasion. Awareness videos on various women and child abuse were displayed through the project at the meeting.