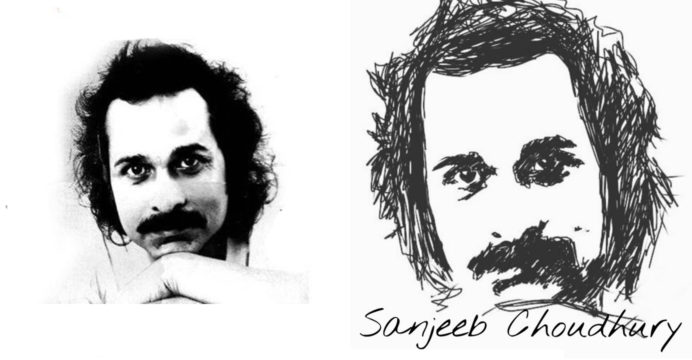 Today is the death anniversary of singer Sanjeeb Choudhury

Today is the death anniversary of lyricist, composer, singer Sanjeev Chowdhury. He died at 12:10 pm on November 19, 2007 due to a brain hemorrhage. Many of the songs he created are still an inspiration to young people.

Although he was admired as a man of song, Sanjeev Chowdhury was a journalist by profession. He was born on 25 December 1984 in Makalkandi village of Baniachang Upazila of Habiganj district. However, his ancestral home is in Dasghar village of Bishwanath Upazila. Sanjeev Chowdhury’s grandfather was the local Sarat Roy Chowdhury. He was the seventh child of Gopal Chowdhury and Prabasini Chowdhury.

He started practicing music in a group called Shankhachil. He is influenced by the songs of Pink Lloyd, Bob Dylan. His songs also cast a shadow over them. He especially liked folk songs.

In 1997, he formed the popular band ‘Dalchhut’ with musician Bappa Majumdar. Later, Sanjeev Chowdhury’s words and Bappa’s music arrangement gave a different dimension to the group. He was proficient in various types of musical instruments including guitar.