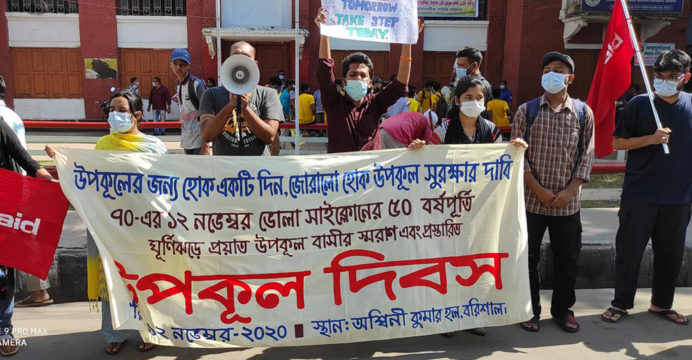 The catastrophic cyclone that hit the entire coast on November 12, 1970, has not yet healed its wounds. Sustainable development measures have not been taken to protect the vast coastal settlements. As a result, the coast is still unprotected. So it has become urgent to form a separate board for the coastal region.

A march and human chain have been held in Barisal to declare November 12 as ‘Coastal Day’ and demand protection of the coastal region. The program is celebrated on Thursday morning. After marching in the city at 11 am, they organized a human chain in front of Ashwini Kumar Hall on Sadar Road.

Sohanur Rahman, Jubayer Islam, and others spoke in the human chain under the chairmanship of Aminul Islam. Speakers at the human chain said the huge population of the coast is making a big contribution to the national economy. Even then, about 50 million people on the coast are at extreme risk. The risks are increasing day by day as a result of climate change. 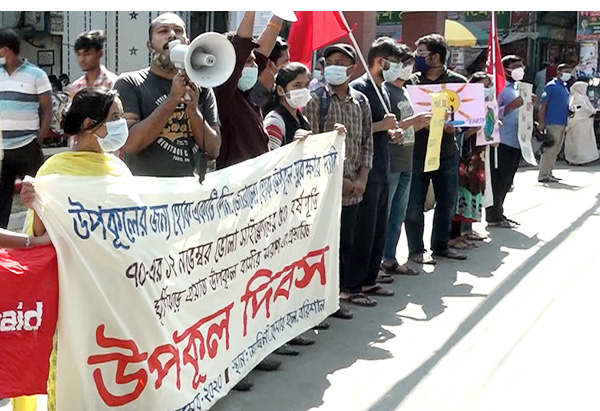 The human chain demanded that the state declare November 12 as Coastal Day to protect the health of the coastal people.