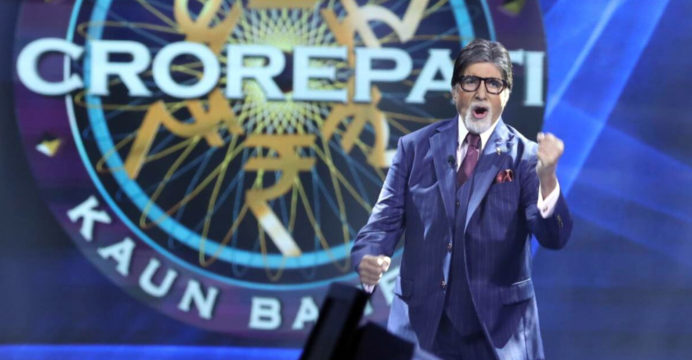 An FIR has been lodged against Bollywood legend Amitabh Bachchan. Big B and ‘Kaun Banega Crorepati’ show authorities have been accused of hurting the religious sentiments of Hindus.

A question is asked to the contestant in Kaun Banega Crorepati’s Karambir episode. When asked, in 1926, BR Ambedkar and his associates tore down a copy of a scripture! To answer which 4 names are given as an alternative. Vishnu Purana, Bhagavad Gita, Rikveda and Manusmriti. The answer is marked as “Manusmriti”.

After answering, it was heard from the mouth of Big B that in 1927, BR Ambedkar and his associates had burnt a copy of Manusmriti. What Amitabh said in the context of the answer is alleged to have hurt Hinduism.

An FIR was then filed against Kaun Banega Crorepati and Big B on behalf of a Hindu organization. The complaint was lodged in Lucknow on charges of insulting Hinduism. After that incident, Hindutva activists started trending on Twitter saying ‘boycott KBC’.