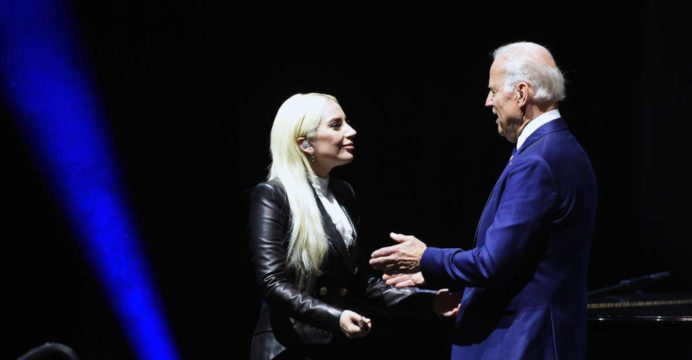 Lady Gaga is campaigning for Biden

CNN reports that Lady Gaga and John Legend have announced their participation in the election campaign from Joe Biden’s campaign camp on November 1.

Lady Gaga will take part in a last-minute campaign with Joe Biden and his wife Jill Biden in Pittsburgh, Pennsylvania, known as Battleground State, a day before the vote, the report said. John Legend will campaign in Philadelphia with Vice Presidential candidate Kamala Harris and her husband Doug Emhoff.

The report further states that Lady Gaga is quite active through social media. That’s where he’s going to encourage followers to vote. Earlier in 2016, the US music star took part in a campaign of Joe Biden against sexual harassment.

Meanwhile, Tim Murtah, the communications director of the Trump camp, issued a statement on November 1 on the news of Lady Gaga’s participation in Biden’s campaign. There, he called Lady Gaga an “anti-fracking activist.”