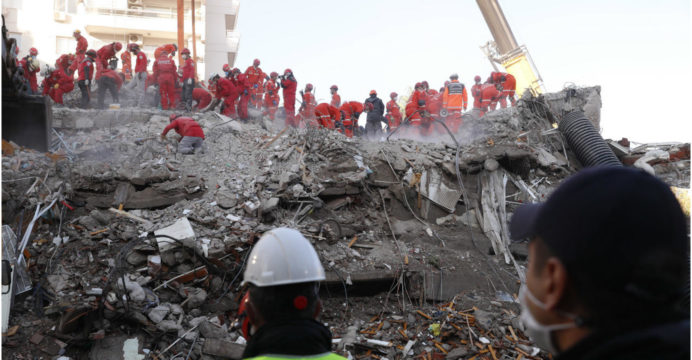 Death toll of earthquake in Turkey grows to 76

The death toll from the quake in Izmir, Turkey, has risen to 76, the Turkish Emergency Situations Ministry said Monday.

“A total of 76 our citizens have died; 743 people out of 962 injured have been released, 219 people remain in hospitals,” the Directorate stated. Previously, the Directorate reported 73 deaths.

A magnitude 6.7 earthquake was recorded at sea, 19 km northwest of Samos Island. Underground shocks collapsed at least 20 houses in Izmir; some damage has also been caused to the Greek city of Neon Karlovasi.