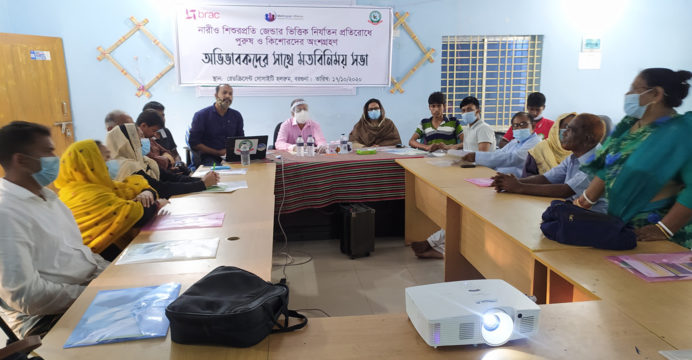 Meeting held in Borguna to prevent gender based violence

Barguna hosts parents’ exchange of views on gender-based violence against women and children. The exchange of views and discussions took place in the conference room of Barguna Red Crescent Plaza on October 18.

Meanwhile, school teacher and guardian Devi Rani Roy said, “We have come together as husband and wife at the call of a social organization.” The people of our society do not come forward in the danger of one. We have to get out of it. One is in danger and the other has to come forward. If everyone protests together, it will be eradicated from the society one day.