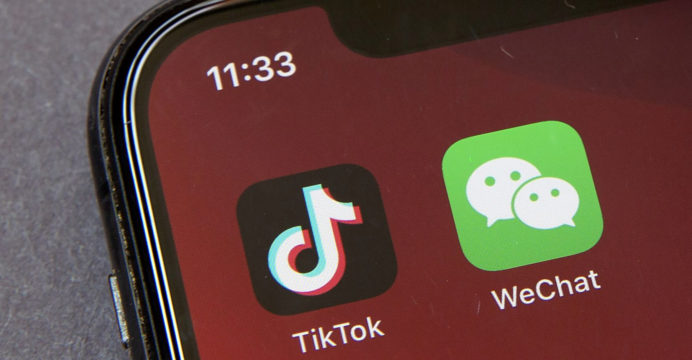 Tiktok, WeChat is closing in the United States

The United States has banned the download of Chinese mobile apps TikTok and WeChat. The two most popular mobile apps in China are being shut down in the country from Sunday. US authorities said on Friday (September 18th). Washington has made this decision due to national security threats.

The decision came amid China-US tensions over technology and the Trump administration’s mediation in selling video app TikTok to US investors.

In a statement, US Commerce Secretary Wilbur Ross said the Chinese Communist Party was using the apps to undermine the US economy, foreign policy, and national security.

The US administration’s new move could shut down WeChat and TikTok, which is widely used by Chinese speakers, and others.