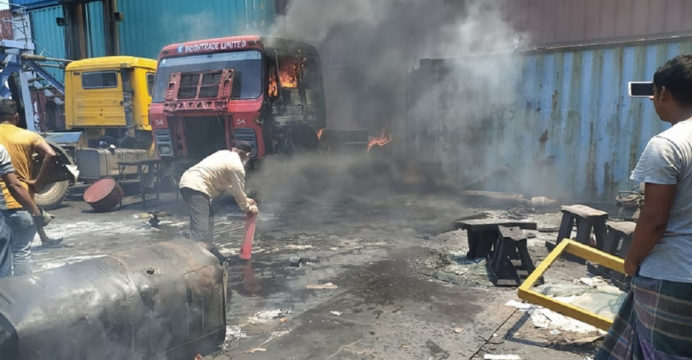 Three workers were killed in an explosion while welding a freight vehicle at an uncontrolled container depot in Chittagong’s Patenga. At least 3 people were injured.

The incident took place at around 12 noon on Wednesday at a depot in Patia’s Laldiar Char area. Killed were Arman, Moktar, and Newaz.

Police and eyewitnesses said the explosion occurred while welding work, opening the oil tank of a long trailer at the depot workshop. 3 people died on the spot.

Upon receiving the news, the police and fire service personnel went to the spot and started the rescue operation. One of the injured has been admitted to Chittagong Medical College Hospital. The other two were given first aid.