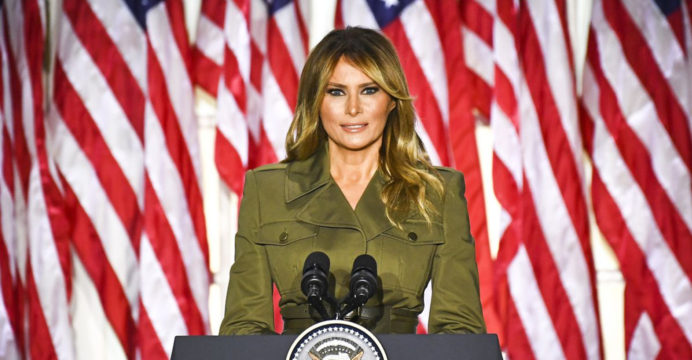 First Lady of the US Melania Trump has made a plea for racial unity, in a live speech from the White House to the Republican party convention.

“Stop the violence and looting,” she also stated as demonstrations continued over a police shooting in Wisconsin.

Melania urged US citizens to stop making assumptions based on race and reflected candidly on US history.

The commonly limelight-shunning US first lady gave Tuesday evening’s keynote address before a small audience, including her husband, in the Rose Garden of the White House.

She praised her husband as someone who “makes no secrets about how he feels about things”.

Her decision to speak from the seat of presidential power has angered Democrats, who announced the venue was an inappropriate use of government resources for political purposes.