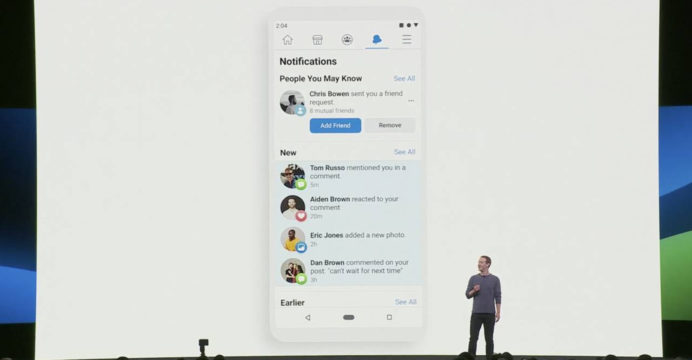 The classic version of Facebook is going to be extinct soon

Facebook is changing its old design. That is, the older version or the classic version can no longer be used.

Facebook’s update for the desktop version is coming. Users can get a pop-up notification to update Facebook when they open Facebook from a laptop or PC. In this new Facebook version, the texts will look bigger and clearer.

Facebook authorities say they are saying goodbye to the classic version to give the user a better experience. The new version will load Facebook faster and will have the opportunity to use Dark Mode. This will put less pressure on the user’s eyes.

Technology website Engadget reports that the mobile version of Facebook has already launched Dark Mode. Now desktop users can turn on the dark mode from the options next to the notification icon.

Facebook said of their update, ‘We’ve made a lot of improvements to the new Facebook.com. We are thrilled to experience the new design. Before the classic version closes in September, we hope to hear people’s feedback on how we can improve Facebook. ‘