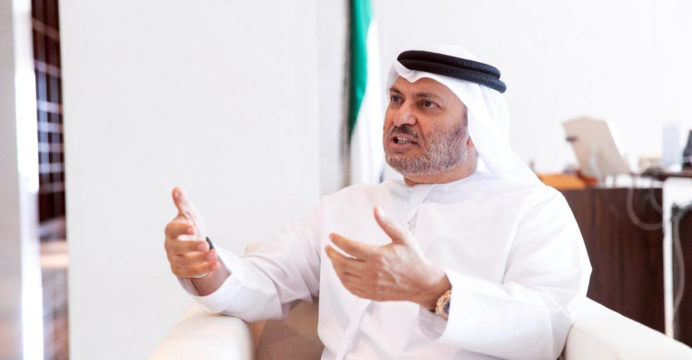 The United Arab Emirates has advised Turkey not to get bogged down in Arab issues.

In a recent interview, Turkish Defense Minister Hulusi Akar made negative remarks about the UAE’s role in the war in Libya. In this context, the UAE Foreign Minister Anwar bin Mohammed Gargash has warned Turkey.

While an interview with Al Jazeera, Turkish Defense Minister Hulusi sharply criticized the UAE. “We must hold them accountable for the UAE’s misdeeds in Libya and Syria,” he said. “It will be done in the right place, at the right time.”

On Saturday, Anwar Gargash wrote in a post on his official Twitter page, “Relationships cannot be maintained through threats. And now there is no place for colonial thinking.

Two governments have been operating in Libya for almost five years. Turkey, Italy, and the United Kingdom, along with the United Nations, are supporting the internationally recognized government of Tripoli. In addition to the United Arab Emirates, Russia, France, Egypt, and Saudi Arabia support Haftar’s forces.