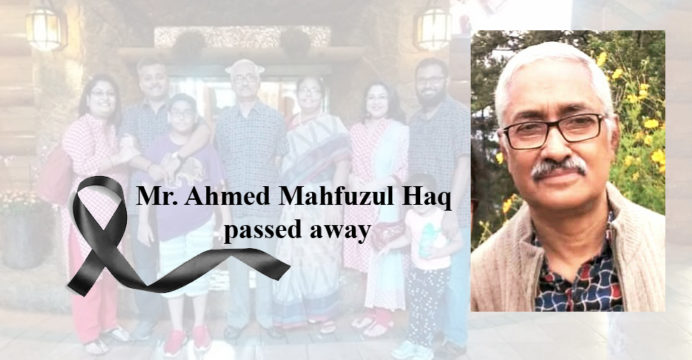 Renowned Writer & Publisher (Founder of ‘Suborno’ printing and publishing limited), Mr. Ahmed Mahfuzul Haq, breathed his last on Thursday afternoon in Asgar Ali Hospital in Dhaka. He was 73 years old at the time of his death.

According to family sources, Mr. Mahfuz was hospitalized for about two weeks with pneumonia.

He was the Father-in-Law of TV Presenter/Moderator and Director of North South University, Mr. Jamil Ahmed. He was buried at Banani Graveyard Friday evening.