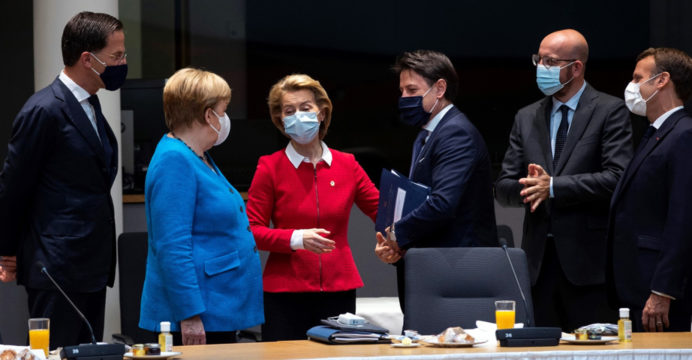 Squabbling Europian Union leaders battled on into the immediate hours of Monday to try and break the deadlock as their summit on a huge coronavirus (COVID-19) rescue package stretched into the fourth day.

Tempers flared in the conference room as frustration boiled over after a full weekend of haggling, with French President Emmanuel Macron upbraiding the Dutch and Austrian leaders and threatening a walkout.

The marathon talks chaired by EU Council President Charles Michel have failed to yield deal over the size and rules for a 750-billion-euro ($860-billion) package of credits and grants to help drag Europe out of a recession caused by the pandemic.

Over a working dinner with the 27 leaders on Sunday, Michel made a fresh effort to win over the coalition of “Frugals” — the Netherlands, Sweden, Austria, Denmark, and Finland — which has sought to cut the size of the package and impose strict rules on how it is used.

Amid growing fears the summit would collapse without an agreement, Michel suggested cutting the grant portion of the deal to 400 billion euros — down from his initial proposal of 500 billion — and raising the loan part to 350 billion, up from 250 billion. 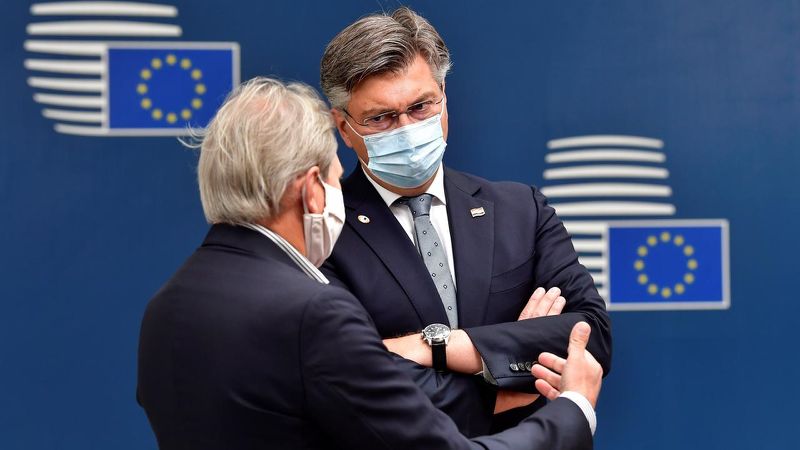 In a heartfelt speech over dinner, Michel reminded leaders of the devastating human cost of the pandemic — 600,000 dead including 200,000 in Europe — and urged them to come together to complete what he called a “mission impossible”.

“The question is this: are the 27 leaders, responsible for the people of Europe, capable of building European unity and trust?” Michel said, according to a copy of his remarks seen by AFP.

“Or will we present the face of a weak Europe, undermined by mistrust?”