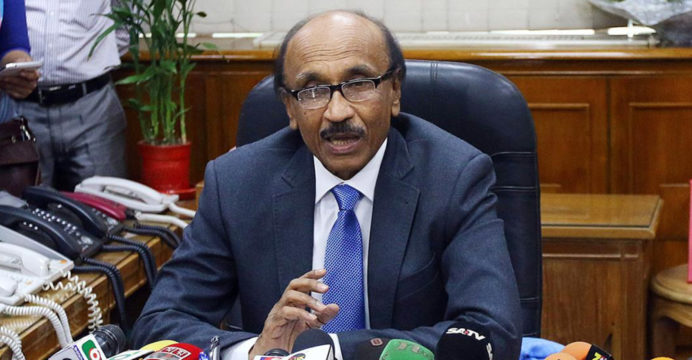 Bangladesh government has reappointed Fazle Kabir as the Bangladesh Bank governor after 12 days of his previous tenure completed on July 3. He will be governor for another two years. Finance Ministry today declared a gazette notification regarding this issue.

Fazle Kabir has been reappointed as per the Bangladesh Bank (Amendment) Act 2020 and his present tenure will end on July 3, 2022.

The Financial Institutions Division of the Finance Ministry in a letter gave his appointment on Wednesday.

Fazle Kabir was appointed as the 11th governor of the Bangladesh Bank On March 16, 2016, for the next four years. His tenure was supposed to expire on March 20 this year, but later it was extended until he turned 65.

Earlier this month, an amendment was made to the law setting the highest age limit of the central bank governor as 67 years from the previous 65 years.

Planning Minister MA Mannan, in absence of Finance Minister AHM Mustafa Kamal, introduced the bill in the House, and it was passed by voice vote on the day.