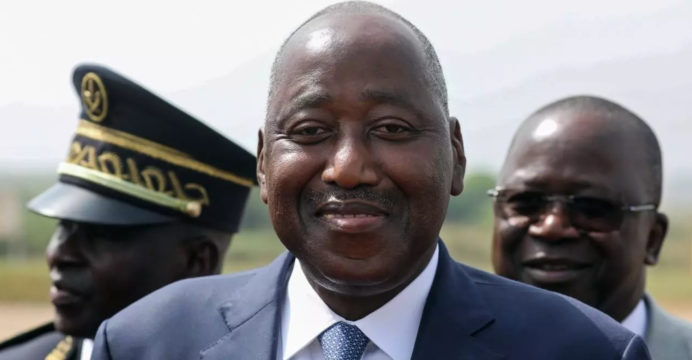 Ivory Coast Prime Minister Amadou Gon Coulibaly died on Wednesday. He was the head of the country’s government and 61 years old.

He was the ruling party’s candidate in the October presidential election. The country’s president’s office said. News from AFP.

“I am deeply saddened to learn that Prime Minister Amadou Gon Kulibali has left us this afternoon to attend the cabinet meeting,” Ivory Coast Secretary-General Patrick Achi said on state television.

Coulibaly returned to the West African country last week after a two-month stay in France for heart treatment. The 61-year-old, who had heart surgery in 2012, became unwell during a weekly cabinet meeting and was taken to a hospital where he passed away, according to a spokesman for President Alassane Ouattara.

Coulibaly’s death creates huge uncertainty over the election in Ivory Coast, the world’s top cocoa grower, which has returned to normalcy after years of political turbulence and a brief civil war that killed 3,000 people.