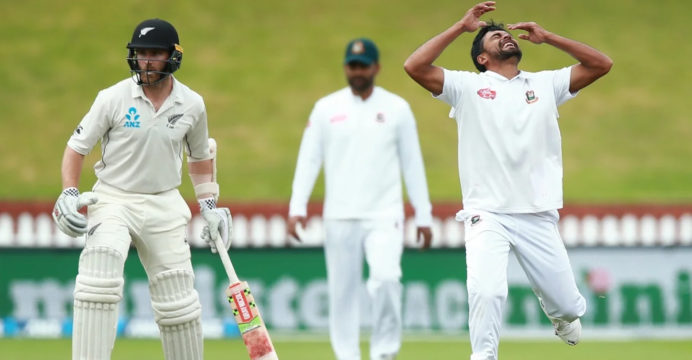 The Bangladesh Cricket Board (BCB) and New Zealand Cricket (NZC) have determined to postpone the upcoming cricket Test series in August-September this year.

The New Zealand cricket team was supposed to arrive in Bangladesh to play two test matches of the ICC World Test Championship. The two boards will now work on recognizing a suitable time to reschedule the test series.

“In the present COVID-19 pandemic scenario, hosting a full test series in August 2020 will be a hurdle in terms of preparations and we cannot take odds with the safety and health of players, support staff, and related stakeholders,” BCB CEO Nizam Uddin Chowdhury announced today.

‘Under these circumstances, the Bangladesh Cricket Board and New Zealand Cricket have felt that the best way forward would be to delay the series. We realize that this will be hugely disappointing for the players and officials of both teams, not to mention the fans of the two countries but I must thank New Zealand Cricket for its understanding and for recognizing the rationale behind such a decision,” he added.