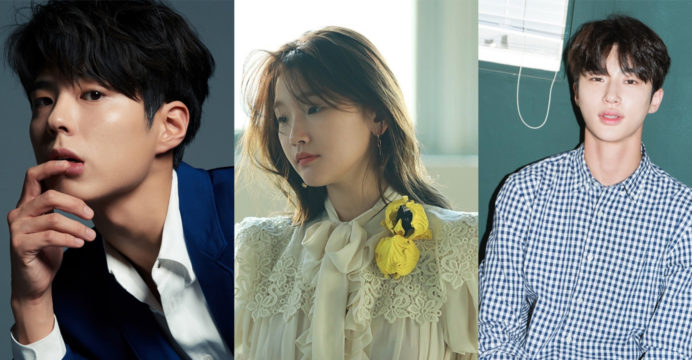 Netflix has confirmed about premiering a new Korean drama series titled Record of Youth, starring Park Bo-Gum, Park So-Dam, and Bayon U-Seok in the next half of 2020.

Record of Youth series is directed by An Gil-ho and written by Ha Myeong-hee. They both have a solid track record of successful K-Drama in near history.

In this new k-Drama, Park Bo-gum will play as Sa Hye-jun, a practical and ambitious young man, who is an ambitious model and actor juggling idealism with the reality of everyday life. He has an optimistic and amiable personality that is well balanced out by an objective and flexible sense of judgment.

Park So-dam, with her commanding onscreen presence, will play An Jeong-ha, who is an aspiring makeup artist and a smart young woman with a strong sense of self. With inherent wit and hard work, she follows her own path and finds security in her own consistent resolve under external pressures.

Byeon Woo-Seok plays as Sa Hye-jun’s best friend Won Hae-Hyo who wants to establish himself through hard work. He is friendly and gentle, but also competitive. Because he gives his maximum energy to the things he cares deeply about, he cannot stand being brushed off just because he was born with opportunity and privilege.

Record of Youth is produced by Studio Dragon and Pan Entertainment and it will premiere exclusively on Netflix outside Korea. In Korea, tvN has the show’s first-window broadcast rights.