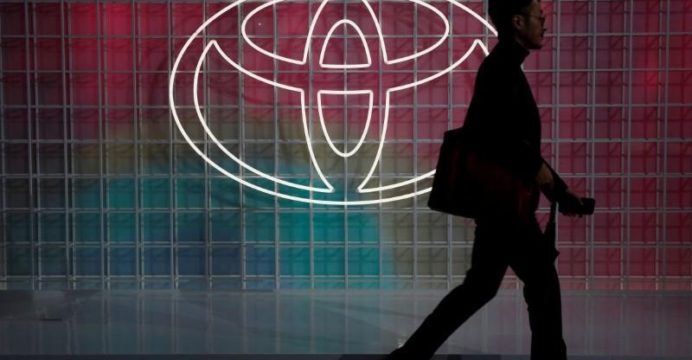 Toyota and NTT agreed to work together on developing smart cities

Toyota Motor Corp and Nippon Telegraph and Telephone Corp have agreed to work together on developing smart cities and will invest 200 billion yen ($1.8 billion) in each other to cement the relationship, the two companies said on Tuesday.

The two companies will develop a data platform which will compile and analyze information from homes, vehicles, and public institutions, which will be used to create new services focusing on transportation, health, and energy usage, reports reuters.

The platform will be rolled out at the prototype, zero-emissions, hydrogen-powered city near Mt. Fuji in Japan which Toyota is developing to incorporate smart homes, robotics as well as autonomous driving and AI technologies.

After decades spent focusing on making and selling cars, Toyota is increasingly turning to partners in the technology sector to help develop expensive new vehicle technologies as it tries to transform itself into a mobility services company.

“It is necessary not only for each company to engage in its own projects but also for both companies to work closely in jointly building and operating the ‘Smart City Platform’,” the companies said in a statement.

A growing number of global tech giants including China’s Tencent Holdings, Alphabet, Samsung Electronics, and Panasonic, are looking at developing hi-tech, connected cities, although many remain in the early planning stages.

The partnership between Toyota and NTT will build on an existing collaboration under which the companies are jointly developing technology for connected cars.

Toyota has also tied up with other domestic telecoms firms to come up with new technologies, including its partnership with SoftBank Corp to design and market an on-demand, self-driving service platform which will be used in Toyota’s prototype city.

NTT sees smart city-related solutions as a growth area as phone usage plateaus at home. It has partnered with the city of Las Vegas to use its data systems technology to analyze real-time car traffic and crowd density data to enhance public security.