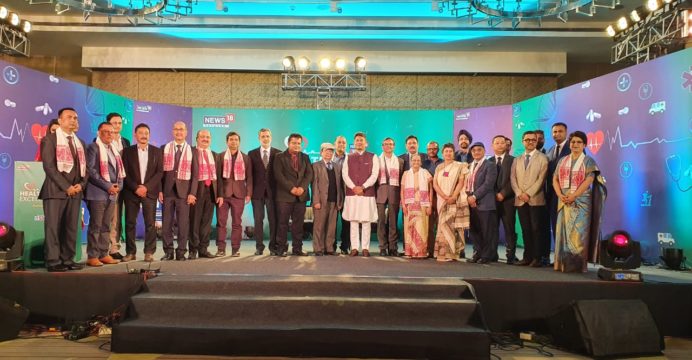 City based Dispur Hospitals has been conferred with Healthcare Excellence Awards 2020 by News18 Network for the successive
second year. The premier healthcare organization of northeast India was handed over the certificate of appreciation for the best practice in patient safety by Pijush Hazarika, Assam’s minister of state (independent) for health and family welfare in a function held at Radisson Blu on 27 February last. Maintaining a complete patient safety measures, the hospital has conducted a large numbers of complicated operations including successful kidney transplantations.