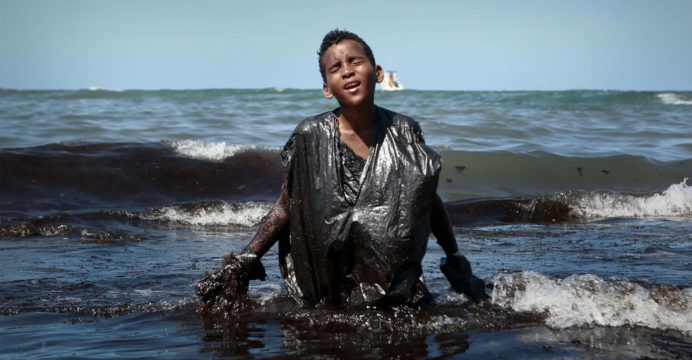 A boy walks ashore in Brazil in filthy waist-high water with a look of exasperation and his body smeared in oil, a photographer takes a shot, and the image goes viral.

On October 21, an AFP stringer at Itapuama beach in Cabo de Santo Agostinho, in Pernambuco state, snapped the picture as the child emerged from the oil pollution that has been spreading along the coast of northeast Brazil for nearly two months.

Everton Miguel dos Anjos, 13, along with four brothers and several cousins, had joined hundreds of volunteers that day who were trying to clean the beach and scrub oil off rocks on the shore. 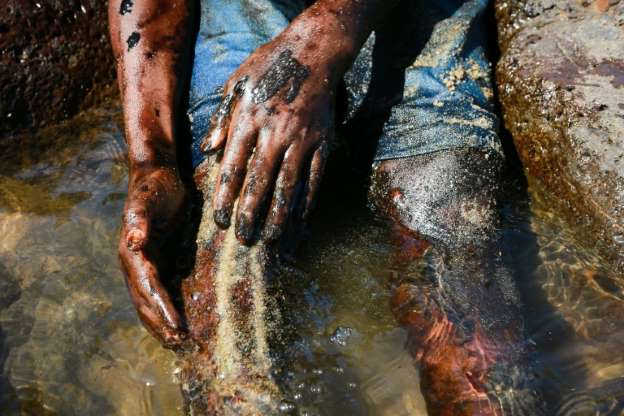 He waded into the water wearing a T-shirt but took it off when he saw how dirty he was getting. Then he fashioned a sort of tunic out of a plastic garbage bag.

Dos Anjos told the photographer that his mother scolded him when she saw the pictures, which were published by major news organizations around the world.

“I had asked her permission to help clean the beach and she said yes, so long as I did not get dirty,” the boy said. 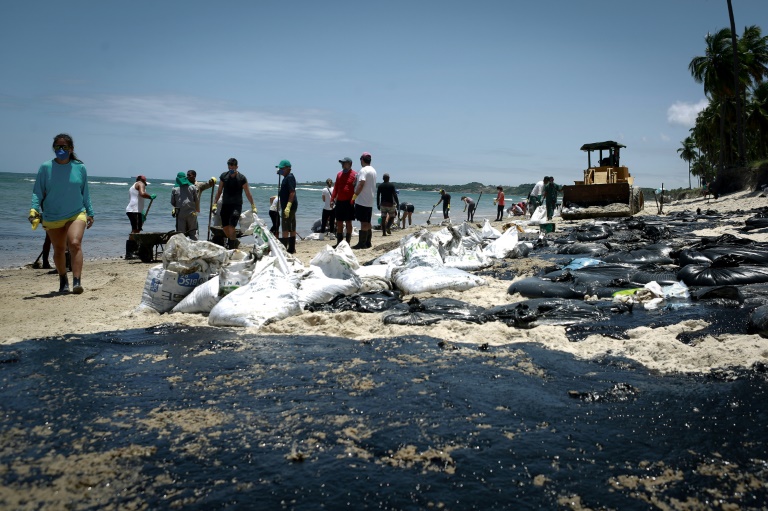 Four days after the photo was taken, not much oil remained on the beach. The army had taken over the clean-up operation, and children were no longer allowed to help. Since the beginning of this spill more than 1,000 tons of oil have been recovered, according to the Brazilian navy.

The spill was first spotted on August 30 off the coast of northeast Paraiba state, and it has now spread along 2,250 kilometers (1,400 miles) of coast, soiling beautiful beaches in a poor region heavily dependent on tourism. Some 200 towns have been hurt.

Environmental groups have complained that the government was slow to respond to the crisis and failed to provide proper resources for tackling what many specialists called the worst environmental disaster ever to hit northeast Brazil.