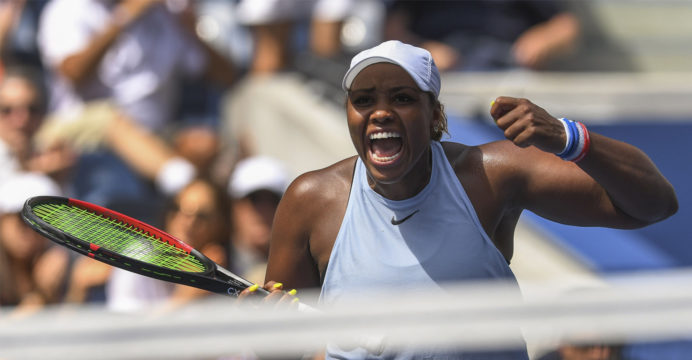 Taylor Townsend is charging into the US Open spotlight the same way she charges to the net in her matches, stars and strangers congratulating her run to the last 16.

“Oh, my God, I lost my mind when the Kobe thing happened, because I love him,” Townsend said.

“But, yeah, I mean, Ellen and all these — like, it’s insane, honestly. Like being on a social media sabbatical like a few months ago to getting 10,000 followers overnight is weird. 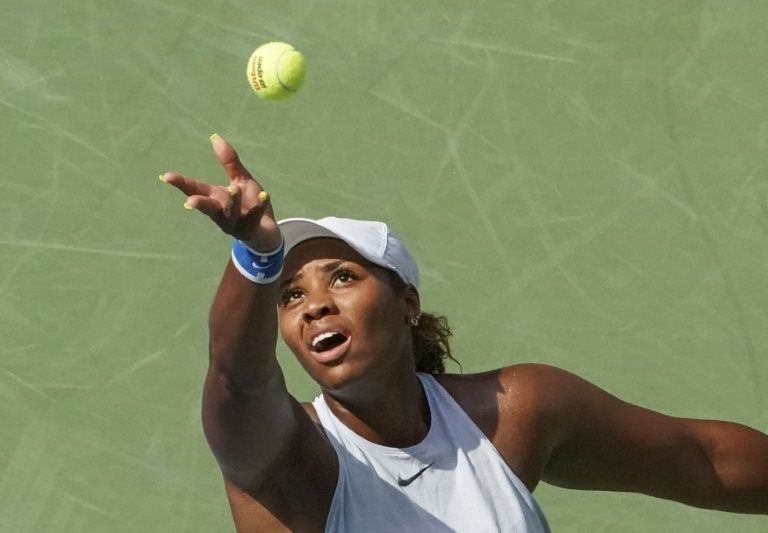 “But honestly, I’m thankful for it, and I wouldn’t have it any other way. I know it’s a part of the territory, and I love it. I’m embracing it.”

Townsend was touched because for years she has toiled away at lesser levels thinking no one might ever notice.

“So many people have been just saying congratulations and sending me really nice messages, I was just shocked because I didn’t think that many people cared,” she said.

“It’s amazing to see that the tennis community is watching and embracing and appreciating something that’s not the norm.”

Townsend is on the deepest Grand Slam run of her career, surpassing her third-round effort at the 2014 French Open in her Grand Slam debut.

Townsend, ranked 116th, became the sixth qualifier in eight years to reach the US Open’s last 16, the first since Kaia Kanepi in 2017.