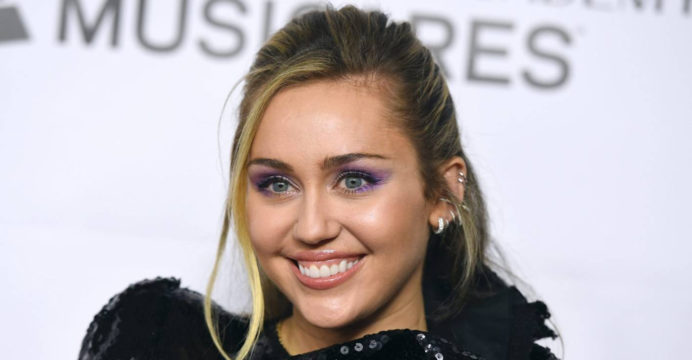 Popstar Miley Cyrus clapped back at her social media haters Thursday over her recent split with longtime partner Liam Hemsworth, an Australian actor, to deny allegations that she cheated on him.

“I can accept that the life I’ve chosen means I must live completely open and transparent with my fans who I love, and the public, 100% of the time. What I cannot accept is being told I’m lying to cover up a crime I haven’t committed. I have nothing to hide,” the 26-year-old superstar tweeted.

She then detailed a laundry list of her youthful exploits, including “I lost a massive Walmart deal at 17 for ripping a bong” and “I got kicked off hotel Transylvania for buying Liam a penis cake for his birthday and licking it.”

“I swung on a wrecking ball naked,” referring to the video for her 2013 hit that saw her image grow decidedly more provocative than her days as a teen idol thanks to the hit show “Hannah Montana.”

“But the truth is, once Liam & I reconciled, I meant it, & I was committed. There are NO secrets to uncover here,” she continued. “I can admit to a lot of things but I refuse to admit that my marriage ended because of cheating. Liam and I have been together for a decade. I’ve said it before & it remains true, I love Liam and always will.”

“BUT at this point, I had to make a healthy decision for myself to leave a previous life behind. I am the healthiest and happiest I have been in a long time. You can say I am a twerking, pot-smoking, foul-mouthed hillbilly but I am not a liar.”

The couple married in December in a private ceremony after a decade-long on-again, off-again relationship.

Hemsworth on August 12 released a statement to confirm the separation and “wish her nothing but health and happiness going forward.”

In an interview for Elle magazine’s July issue, Cyrus said she did not “fit into a stereotypical wife role” and that she was “very sexually attracted to women.” Cyrus reportedly declared as a young teen that she was “pansexual.”