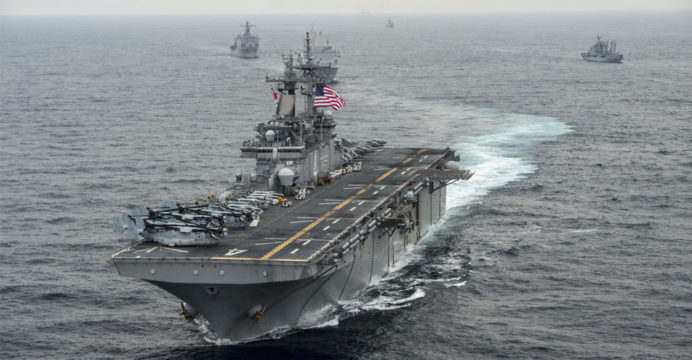 Tehran on Friday denied the United States had downed one of its drones, saying all Iranian aircraft were accounted for and jesting Washington may have accidentally hit their own machine.

The latest incident in the strategic Strait of Hormuz comes amid soaring tensions between the two foes, with Washington already reeling from Iran shooting down one of its drones last month.

US President Donald Trump said an American naval vessel downed an Iranian drone on Thursday that threatened the ship as it was entering the Strait — a claim vehemently denied by Tehran.

“There have been no reports of a confrontation with the American USS Boxer” naval vessel, he added, quoted by Tasnim.

Trump said Thursday the USS Boxer “took defensive action” against an Iranian aircraft as it was “threatening the safety” of the vessel and its crew.

The Pentagon said the ship “was in international waters” when a drone approached.

“The ship took defensive action against the UAS to ensure the safety of the ship and its crew,” Pentagon spokesman Jonathan Hoffman said.

But Iran’s deputy foreign minister Abbas Araghchi said such an incident had never taken place, saying the Islamic republic had not lost any aircraft.

“I am worried that USS Boxer has shot down their own (drone) by mistake!” Abbas Araghchi tweeted Friday.