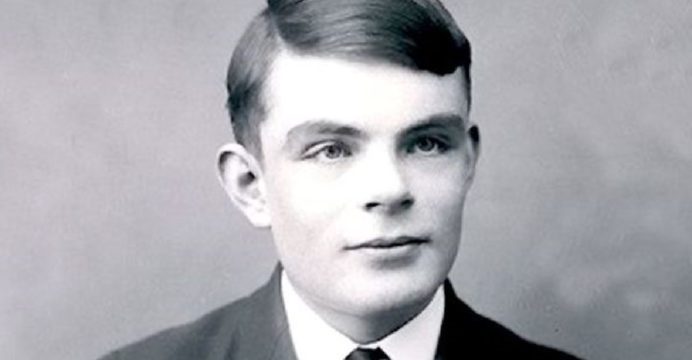 Computer pioneer and codebreaker Alan Turing will feature on the new design of the Bank of England’s £50 note. He is celebrated for his code-cracking work that proved vital to the Allies in World War Two.

The £50 note will be the last of the Bank of England collection to switch from paper to polymer when it enters circulation by the end of 2021. The note was once described as the “currency of corrupt elites” and is the least used in daily transactions, reports BBC.

However, there are still 344 million £50 notes in circulation, with a combined value of £17.2bn, according to the Bank of England’s banknote circulation figures. 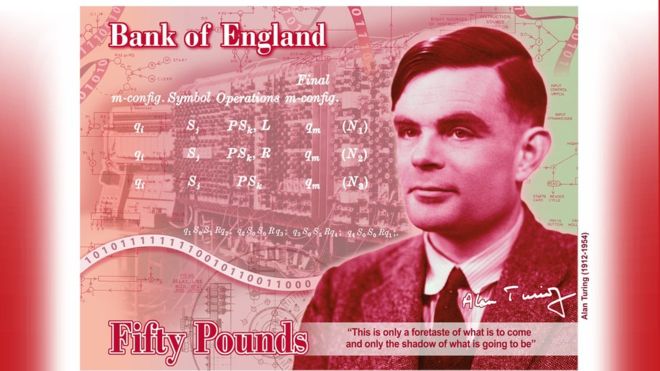 “Alan Turing was an outstanding mathematician whose work has had an enormous impact on how we live today,” said Bank of England governor Mark Carney.

“As the father of computer science and artificial intelligence, as well as a war hero, Alan Turing’s contributions were far ranging and path breaking. Turing is a giant on whose shoulders so many now stand.”

WHY WAS TURING CHOSEN?

Less celebrated is the pivotal role he played in the development of early computers, first at the National Physical Laboratory and later at the University of Manchester.

In 2013, he was given a posthumous royal pardon for his 1952 conviction for gross indecency following which he was chemically castrated. He had been arrested after having an affair with a 19-year-old Manchester man.

The Bank said his legacy continued to have an impact on science and society today.

The Bank asked the public to offer suggestions for the scientist whose portrait should appear on the £50 note. In six weeks, the Bank received 227,299 nominations covering 989 eligible scientists.

A shortlist was drawn up by a committee, including experts from the field of science, before the governor made the final decision.

The debate over representation on the Bank’s notes could resurface after this decision. Jane Austen will continue to be the only woman, apart from the Queen, to be seen on the four notes.

There was also a campaign calling for a historic figure from a black and ethnic minority background (BAME) to feature on the new £50 note.

In response to Maidstone MP Helen Grant, who raised the issue in Parliament, the governor said: “The Bank will properly consider all protected characteristics, and seek to represent on its banknotes characters reflecting the diversity of British society, its culture and its values.”

HOW WILL THE BANKNOTE CHANGE?

The new £50 Turing note will enter circulation by the end of 2021, Mr Carney announced at the Science and Industry Museum in Manchester. It will feature:

Current Bank of England £5 and £10 notes are plastic – which the Bank says are more durable, secure and harder to forge. The next version of the £20, to enter circulation next year, will also be made of the same polymer.

So, the £50 note will be the last of the Bank’s collection to change.

In recent years, there have been doubts that the £50 note would continue to exist at all.

Fears that the largest denomination note was widely used by criminals and rarely for ordinary purchases prompted a government-led discussion on whether to abolish it.

The £50 note was described by Peter Sands, former chief executive of Standard Chartered bank, as the “currency of corrupt elites, of crime of all sorts and of tax evasion”.

There has also been considerable discussion over the future of cash in the UK, as cards and digital payments accelerate and the use of notes and coins declines.

Nevertheless, in October, ministers announced plans for a new version of the note, to be printed in the UK.