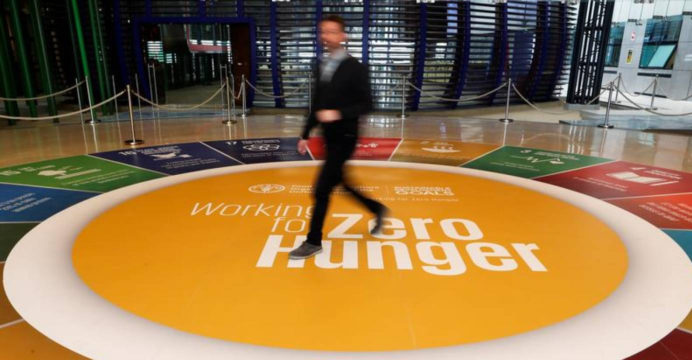 Candidates from China, France and Georgia are vying to head the UN’s food agency, as the fight to eradicate world hunger takes a blow from global warming and wars.

The election of the new chief of the Food and Agriculture Organisation (FAO) will be held Sunday at the headquarters in Rome during the agency’s 41st conference, which brings together 194 member countries.

Global hunger has risen for the past three years due to the combined effects of extreme and erratic weather, economic slowdowns, and conflicts, particularly in Africa and the Middle East.

FAO has sounded the alarm over rising food insecurity and high levels of malnutrition, and the new head will have to ramp up support for small-holder farms and fisheries to combat the ills of intensive farming, food waste and poverty.

Whoever takes over the four-year posting from Brazil’s Jose Graziano da Silva will have to put policies in place now in preparation for feeding a world population expected to increase from 7.7 billion people to 9.7 billion in 2050.

The UN agency tackles issues that are “important for both advanced and developing countries,” Manuel Lafont Rapnouil, from the European Council on Foreign Relations (ECFR), told AFP.

They include “food security, (and) agricultural development, but also agro-business, trade, biotechnology and, increasingly, climate and environment”, he said.