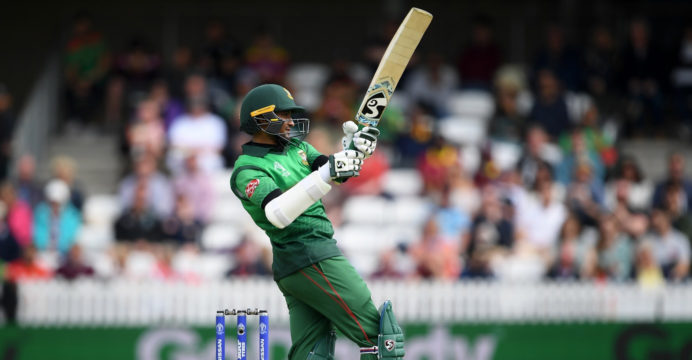 Shakib Al Hasan seemed to likened this World Cup to create milestone after milestone, he quietly joined in elite list of batting during the course of his match winning 124 not out that helped Bangladesh pull off a comprehensive seven-wicket win over West Indies at Taunton on Monday.

His 124 runs knock that came of just 99 deliveries, was his fourth straight fifty plus knock in this World Cup and also his fifth successive fifty plus.

His five fifty-plus scores read as – 50 not out against Ireland during the tri-series tournament in Ireland, 75 against South Africa, 64 against New Zealand, 121 against England and 124 not out against West Indies.

He however missed the tri-series final against West Indies; otherwise it could have been sixth straight fifty plus knock given the form he is going through at the moment.

The five consecutive half-century-plus knocks bracketed him alongside batting legend Sachin Tendulkar in an elite list, which also included a total of 32 batsmen. Virat Kohli is the only batsman in the list to have achieved this milestone twice. 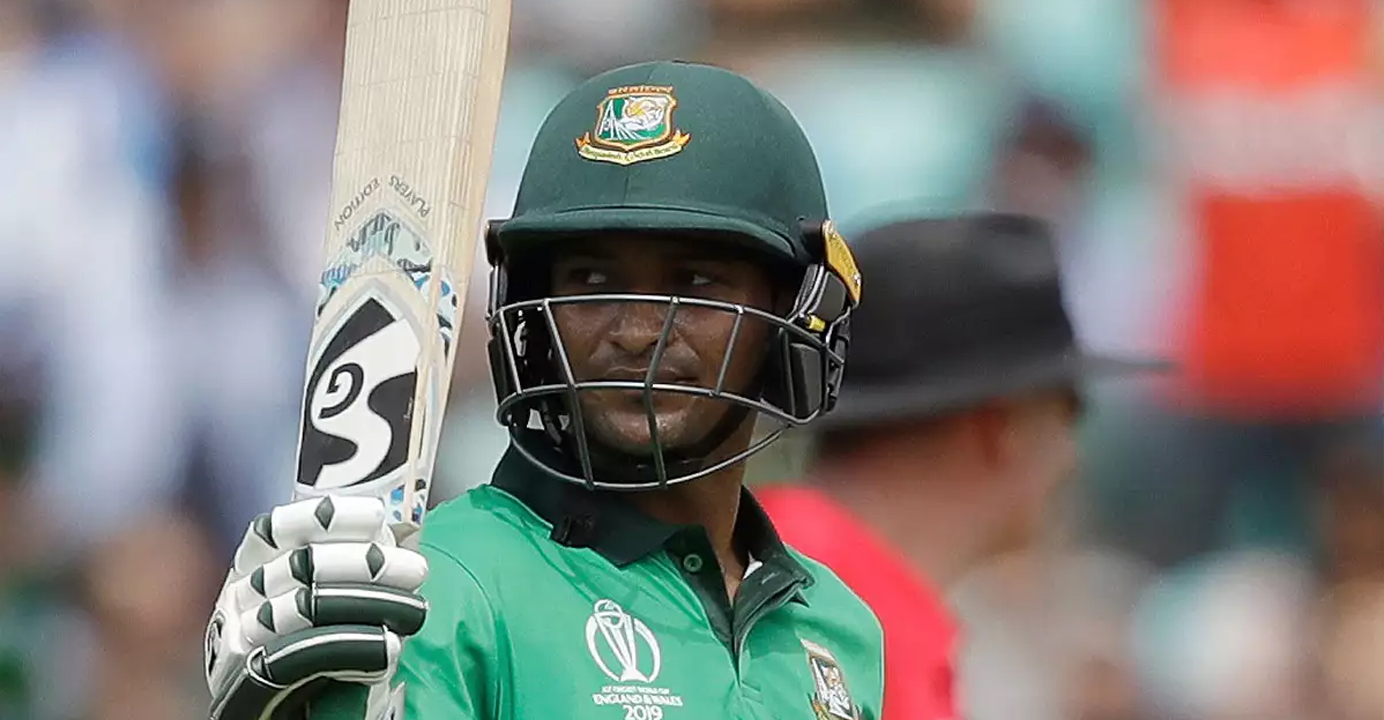 However Shakib isn’t the first Bangladeshi on that list as opener Tamim Iqbal was the first and only other from the nation who had achieved the feat back in 2012.

The talismanic all-rounder’s last four fifty-plus scores had come in World Cup 2019, a record that once again put him alongside master blaster Sachin in another list. Both the stalwarts have the record of four consecutive fifty plus scores at the start of a World Cup campaign.

While Sachin had achieved the milestone in 1996 World Cup, it was Navjot Singh Sidhu’s feat (1987 World Cup) that he had equalled. Graeme Smith in 2007 is the other player on the list. Steve Smith from Australia, stands atop on the unique list with five straight fifty plus scores (in 2015 World Cup) at the start of the campaign.

Shakib however has the chance to emulate Smith when he would play against Smith’s Australia on June 20 at Nottingham.

Shakib’s knock on Monday took his tally of runs to 384 (of four innings) as he stands atop in the run-getters list in World Cup 2019. Besides, he also has five wickets to his name – sitting equal 16th overall.

His knock also brought with it two other fresh milestones. While he became the second Bangladeshi player to amass 6000 ODI runs, he became the quickest player to join the four-member ODI double club of ‘6000 runs and 250+ wickets that also included Sanath Jayasuriya, Shahid Afridi and Jacques Kallis.