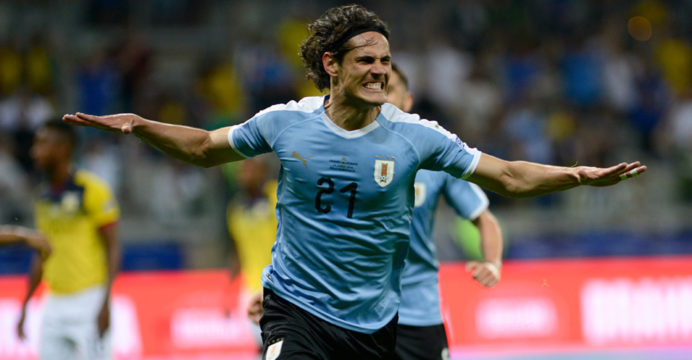 Luis Suarez and Edinson Cavani were on target as Uruguay thumped 10-man Ecuador 4-0 in their opening Group C match at the Copa America on Sunday.

Nicolas Lodeiro opened the scoring after just six minutes before Ecuador full-back Jose Quintero was dismissed for a flailing arm.

With a numerical advantage, Uruguay ran riot at the Mineirao stadium in Belo Horizonte as Cavani and Suarez netted before the break. The rout was completed 12 minutes from time with an Arturo Mina own goal.

“We had chances in the first half, we managed to take them and that gave us the tranquility to manage the game,” said Cavani, who finally scored his first Copa America goal in his fourth participation.

“It was an important step.”

It was the ideal beginning for Uruguay in a tough Group C alongside champions Chile and guests Japan, who meet on Monday in Sao Paulo.

“We’re not as bad as that,” lamented Ecuador’s Colombian coach Hernan Dario Gomez.

Uruguay were off to a dream start. 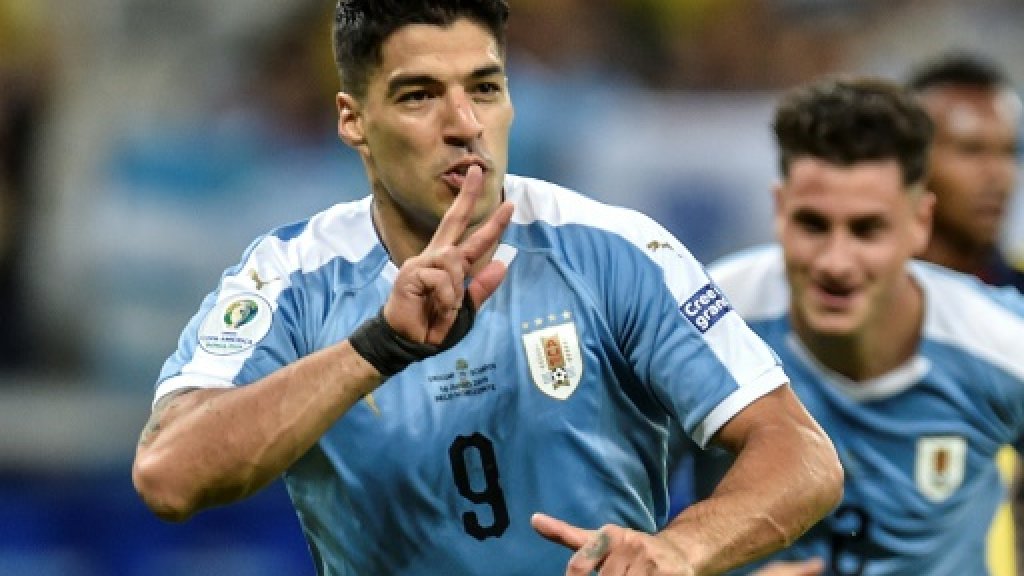 Suarez crossed from the right and Lodeiro proved the coolest customer in the Mineirao stadium as he beat one defender with his chest control, flicked the ball over another and then hit a crisp, low volley into the bottom far corner.

“We knew they would be very tough opponents. The important thing was start the game with maximum concentration and we managed that,” said Cavani.

Uruguay were rampant and had the ball in the net soon afterwards only for Cavani to be given offside in the build-up.

Ecuador brought a physicality to the contest that upset the Uruguayan players and Quintero was perhaps lucky to escape punishment when catching Diego Laxalt with an elbow in an aerial challenge.

But moments later, his arm made contact with Lodeiro’s face when challenging for another header, this time drawing blood.

Brazilian referee Anderson Daronco — whose bulging arm muscles put even Ecuador’s strapping players to shame — initially showed the full-back a yellow card but after consulting VAR he changed that to red.

That left Ecuador with a mountain to climb.

On 27 minutes, Alexander Dominguez made a brilliant low save to turn behind Cavani’s half-volley from 15 yards.

But it was third time lucky on 33 minutes as Diego Godin headed the ball into the danger area and Cavani acrobatically rasped a bicycle kick from seven yards past a helpless Dominguez, his 47th international goal.