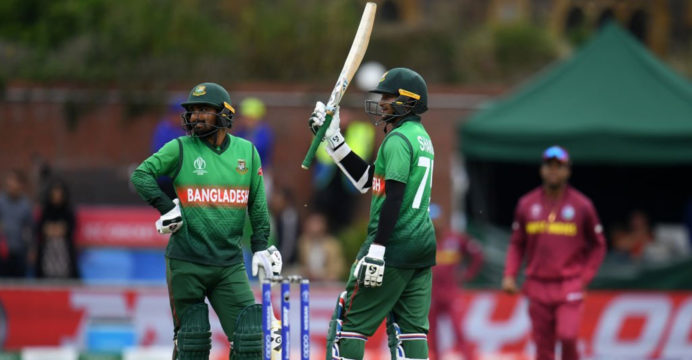 Bangladesh listed a comfortable seven-wicket victory with 51 balls to spare against West Indies at The Cooper Affiliates County Ground in Taunton today.

Bangladesh pull off their best successful ODI chase as blistering gets from Shakib Al Hasan and Liton Das saw the Tigers coast to victory with saven wickets and 8.3 overs to spare. The Tigers equalled their highest-ever pursuit after also pursuing down 322 against Scotland in 2015.

Bangladesh started off the chase in a steady manner with Tamim Iqbal playing second fiddle to Soumya Sarkar’s more aggressive approach. Soumya fell after a fifty-run opening stand but Tamim began to find his feet, closing in on fifty while Shakib Al Hasan at the other end looked fluent from the off. Bangladesh put Windies under the cosh with a 69-run partnership between Tamim and Shakib but when things were looking bright, Tamim fell after a stunning pick-up and direct hit from Sheldon Cottrell off his own bowling.

Mushfiqur departed soon after and Tigers looked in trouble. Amidst the uncertainty of who will take Tigers over the ropes, it was Shakib Al Hasan who kept firing in all cylinders. Having reached his fifty off 40 deliveries, he took the run-scoring pressure on himself while Liton Das kept rotating the strike. As Shakib edged closer to his hundred, Liton began to accelerate at the other end. 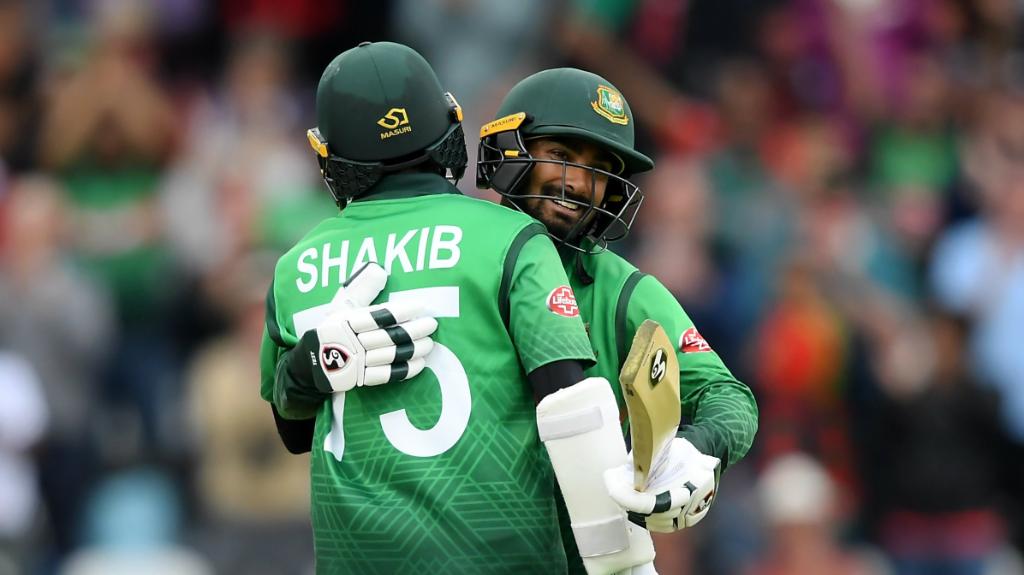