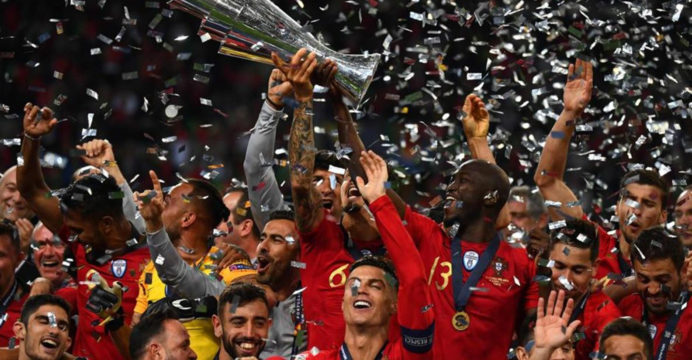 Portugal added the inaugural Nations League title to their Euro 2016 triumph as Goncalo Guedes’s strike on the hour won an underwhelming final 1-0 against the Netherlands in Porto on Sunday.

The Dutch defensive pairing of Virgil van Dijk and Matthijs de Ligt largely kept Cristiano Ronaldo quiet, but Valencia winger Guedes proved the match winner as his shot had too much power for Jasper Cillessen in the Netherlands goal.

“Thank god things have gone well for the national team in recent years. Portugal has won important things like Euro 2016 and now the League of Nations,” said Ronaldo. 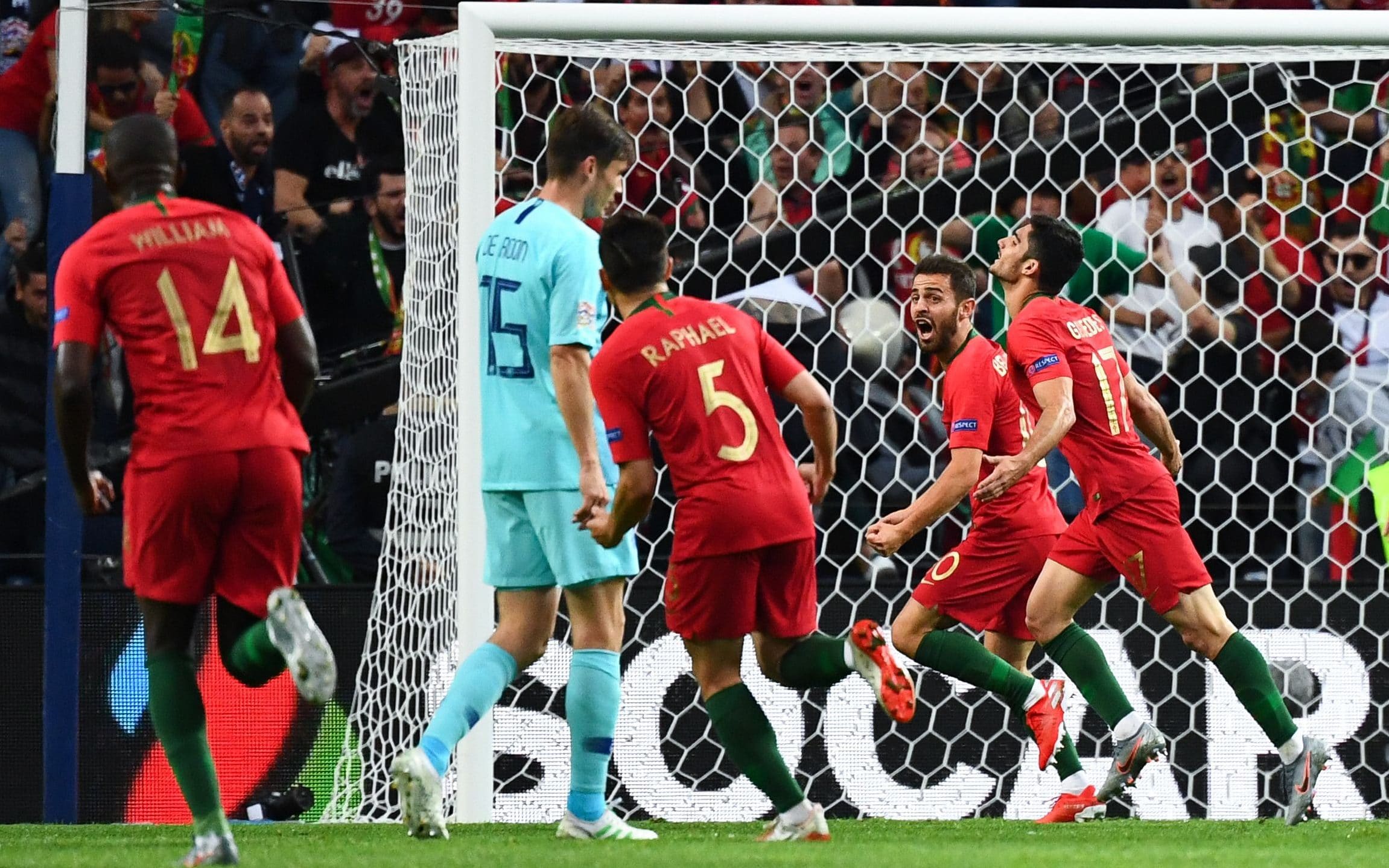 “It may seem like an easy job but it’s hard, it takes a lot of dedication and willingness. I think the players deserve to be congratulated.”

Portugal had the advantage of an extra day’s rest and not being forced to extra time against Switzerland in their semi-final as the Dutch were in seeing off England on Thursday.

And the hosts looked the fresher throughout with Ronald Koeman’s men jaded at the end of a long season.

“If we were tired I don’t know, but we were not good enough,” admitted Koeman.

“They defended well and the were very compact in their game, but you have to be better with the ball and we were not.”

The match had been billed as a showdown between Ronaldo and Van Dijk but with the Dutch captain again rock solid at the back, Portugal’s main threat came from midfield with Bernardo Silva rightfully winning player of the tournament.

Cristiano Ronaldo on Portugal's Euro 2020 chances: "We'll be in the fight. I'm sure this team will be even better because the younger players will be more mature. This national team has a great future, I have no doubt about it." pic.twitter.com/1o0M8qw3rH

He broke through the Dutch defence and then picked out Guedes, who bravely ignored playing in Ronaldo to drill a low shot past Cillessen himself.

“If you want to win you have to play well, and if Portugal won we had to play well, whether it was handsome or not,” said Portugal coach Fernando Santos.

The Netherlands have made huge strides in just over a year since Koeman took charge after missing out on even qualifying for the last two tournaments.

After overcoming world champions France and Germany in the group stages, Koeman’s men also outclassed England in the semi-finals.

However, unlike in midweek when Frenkie de Jong dominated the midfield against the English, Holland’s latest Barcelona-bound star was unable to seize control of the game and their lack of a top-class striker left the Dutch toothless up front.

“We’ve made a lot of progress. We have to be very proud of ourselves; now disappointment is in our heads but we have to keep the heads up,” said Van Dijk.

“It’s been a good season but hopefully next season is going to be even better. That’s the only thing I’m striving for.”