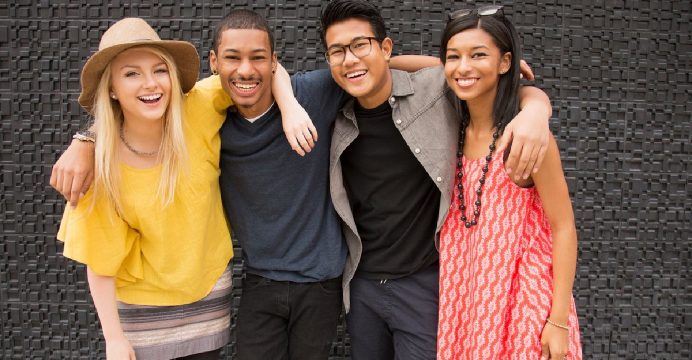 The Sustainable Development Goals offer the prospect of ensuring healthy lives for the world’s population by 2030. But this ambition will not be realized without eliminating gender inequality and changing society’s attitudes toward women and men.

The Lancet published a new Series on “Gender Equality, Norms and Health”, which finds that governments and health institutions have persistently failed to make progress towards gender equality, despite the impact of gender – and the spoken and unspoken rules of societies about acceptable gender behaviors – on health throughout life. Set to be launched at the annual ‘Women Deliver 2019’ conference, this Lancet Series is the result of a four-year project developed by over 100 contributors from five continents.

Gary L Darmstadt, Associate Dean of Maternal and Child Health at Stanford University and Chair of the Lancet Series Steering Committee, said: “There are multiple myths about gender and health that must be defeated: for example the myth that gender does not influence health—it does, massively; or views that gender cannot be changed—they can; or that gender is an elusive idea that cannot be measured—it can. With advances in health historically thwarted by the neglect of gender, this Lancet Series aims to provide new understanding of the impact of gender on health, and present the opportunities that exist within health systems, policies, laws, and programs to transform health for all.”

Around the world, women and men were found to experience different exposures to disease and risk factors that adversely influence their health. These gender-driven differences intersect with other related inequalities (age, class, race, ethnicity, religion, ability, sexuality) and amplify negative effects on health and health systems.

Health systems and healthcare delivery were also shown to neglect and reinforce gender inequalities in health, while health research and health data collection are gendered biased and incomplete. Corporate interests did not escape scrutiny, with large corporations found to manipulate gender for-profit and promote adverse effects on health.

The good news is that laws, policies, and programs can improve gender equality and health. Equality inspired policies such as free primary education and paid maternity and parental leave, among others, were shown to have a positive impact on a variety of maternal and child health outcomes. But there is not yet wide-spread adoption.

ACTION ON GENDER AND HEALTH: IS THE WORLD READY TO ACT?

Dr. Richard Horton, editor-in-chief of The Lancet, said: “In an era of #MeToo and #TimesUp, the opportunity of connecting global social movements for health and gender equality is real, urgent, necessary, and achievable. However, a conservative backlash, such as the global gag rule and the rollback of sexual and reproductive health and rights, threatens not only the health gains made for women and men, but also the possibility for future gains.”

“Political leaders have so far shown wilful indifference towards gender and attitudes to gender and their effects on health. But this Lancet Series offers evidence and prospects for transformative social and political change.”

These prospects come in the form of five evidence-based recommendations:
• Reduce gender inequality to advance health outcomes, such as the introduction of free education and paid maternity leave
• Reform the workplace and workforce, such as flexible working, parental leave and equal pay
• Fill gaps in data on gender and attitudes and behaviors related to gender, to better understand the causes of poor health and to strengthen the foundations for advancing health
• Empower and invest in civil society organizations; the political space for civil society to advocate for gender equality is shrinking
• Strengthen independent accountability to ensure that promises and commitments are delivered

In particular, the Lancet Series highlights multiple missed opportunities to engage health systems in gender transformative strategies to improve health – and lays out specific recommendations, including increasing the visibility of women in health leadership and cure roles; recognizing and rewarding care roles; addressing sexual harassment and abuse in the workplace; and creating the conditions to enable change in the way women interact with the health system.

The international evidence base for gender and health

Underpinning these findings, the Lancet Series identifies many examples of how gender inequalities – and the unwritten rules that govern the way people understand gender – influence health adversely:

An original article published in The Lancet Child and Adolescent Health adds further weight to the findings of the Lancet Series, providing the first known evidence that a person’s gender expression toward masculinity or femininity can track through time to affect their health in adulthood, including the likelihood of engaging in risky or healthy behaviors and of several health outcomes.

Lead author Holly Baker Shakya noted: “While our awareness of “gender” as something which is socially constructed and reinforced is increasing, the degree to which our social expression of gender can impact our well-being throughout our lives is just starting to come into focus.”

In an independent commentary, Caroline Moreau from the Department of Population, Family and Reproductive Health, Johns Hopkins Bloomberg School of Public Health, USA, said: “The results of this study reaffirm the importance of addressing gender inequities in early adolescence before identities solidify, and call for an immediate application of gender transformative interventions that challenge gender ideologies, from which the performance of gender effects the development of unhealthy bodies.”