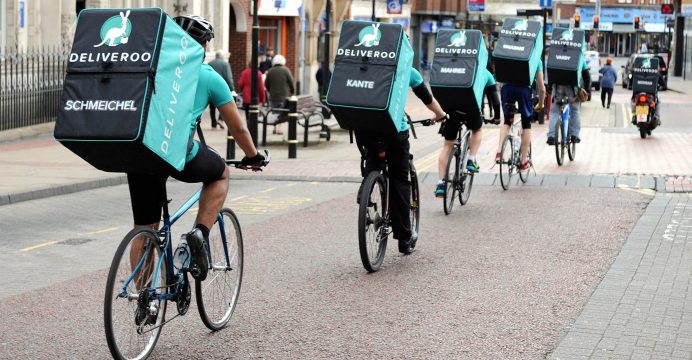 The jury is out on whether there is any money to be made ferrying hot meals to time-poor urbanites. Amazon’s investment in loss-making Deliveroo, which operates in 500 European and Asian cities, defers the answer. It also means investors’ bellies will remain empty for the foreseeable future.

London-based Deliveroo, whose panting cyclists have become a fixture in the British capital’s affluent neighbourhoods, on Friday announced it had raised $575 million from investors led by the $940 billion web giant. American Will Shu, who founded the company after finding a dearth of quality delivery options while working as a banker in Canary Wharf, has so far raised $1.5 billion.

The fundraising replenishes Shu’s war chest for his ongoing assault on rival Uber Eats, part of the ride-hailing group. The companies charge restaurants and diners a fee for each delivery, which helps pay for drivers. In 2017 – the last year for which figures are available – direct costs like paying cyclists and moped riders ate up almost four-fifths of Deliveroo’s 277 million pounds of sales. 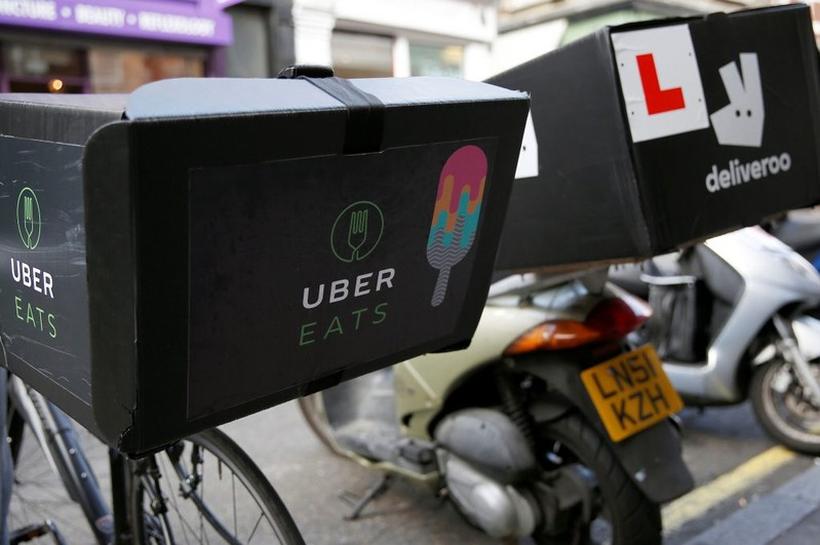 Its operations and investments consumed 155 million pounds ($198 million) of cash, or two-fifths of the money Shu raised that year. Though the company has expanded since, it remains locked in a price war with Uber Eats, which has cut the fees it charges restaurants.

Amazon’s arrival looks set to prolong the conflict. The company founded by Jeff Bezos first poked its head into the kitchen with a UK takeaway service in 2016, but closed it late last year. Amazon twice approached Deliveroo about an acquisition, the Telegraph reported, suggesting Friday’s investment might be an appetiser for a full purchase.

Alternatively, it could just be a way to learn more about the business of delivering pizzas and burgers – an area where Amazon trails Uber in the United States. Deliveroo, which previously touted a $2 billion price tag, didn’t mention a valuation on Friday, suggesting Bezos extracted favourable terms.

The biggest losers from Amazon’s investment are rivals like Uber, who now face a much better funded rival. The value of publicly traded peers Just Eat, Takeaway.com and Delivery Hero fell in value by a collective $965 million, or 5%, on Friday morning. Thin margins and deep-pocketed rivals are the perfect ingredients for perpetual losses all round.