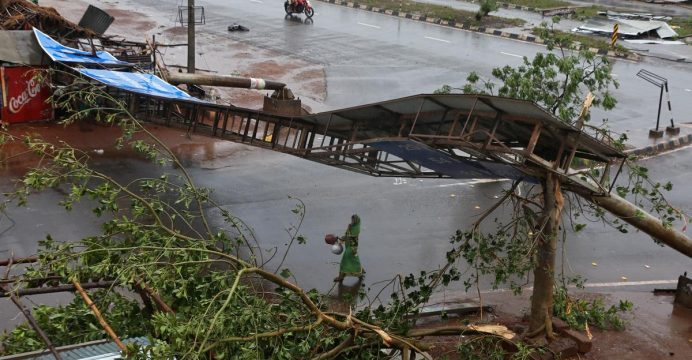 The Cyclone Fani which was over Faridpur-Dhaka region and its adjacent areas has moved further to north-eastern and weakened into a land depression owing to which the cautionary signal at maritime ports lowered to 3 from its earlier seven.

“Bangladesh is now under risk free …as the intensity of the cyclone has weakened further into a land depression,” said Shamsuddin Ahmed, Director of the meteorology department while addressing a press briefing at Ministry of Disaster Management and Relief here today. Disaster secretary M Shah Kamal hoped more than 16 lakh people who took shelter in different cyclone shelters could return to their homes by this afternoon. He confirmed death of four persons- two in Barguna, one each in Noakhali and Bhola while the cycone Fani injured 63 others in different parts of the country. 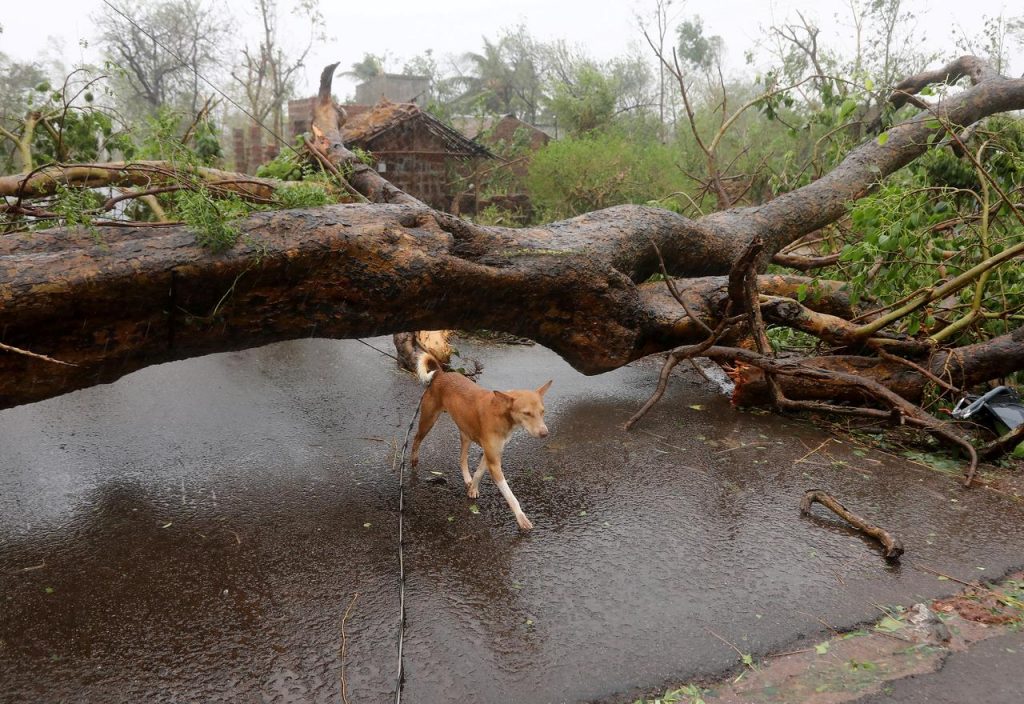 Under its influence, the sky remains overcast and rain/thundershowers with gusty/squally wind is continuing at many places over the country.

Gusty/squally wind with the speed of about 50-60 kph is likely at many places over the country and about 40-50 kph is likely over North Bay, according to the Met office.

Under the influence of the land deep depression and the new moon phase, the low-lying areas of the coastal districts of Chattogram, Noakhali, Laxmipur, Feni, Chandpur, Barguna, Bhola, Patuakhali, Barishal, Pirozpur, Jhalokathi, Bagherhat, Khulna, Satkhira and their offshore islands and chars are likely to be inundated by wind driven surge of 2-4 feet height above normal astronomical tide.

All fishing boats and trawlers over north bay and deep sea have been advised to remain in shelter till further notice.