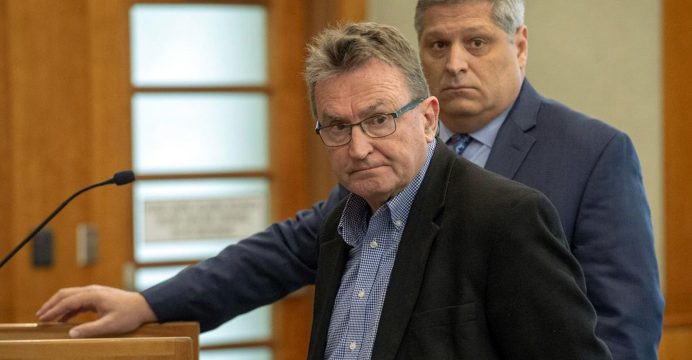 Sterling Van Wagenen, 71, entered his plea in the western state of Utah and faces between six years and life in prison at sentencing in July.

His attorney, Steven Shapiro, said in court that the filmmaker plans to plead guilty to another charge involving the same victim later this week.

Shapiro told the judge that his client, who is Mormon, wishes “to acknowledge wrongful conduct,” The Salt Lake Tribune reported.

Prosecutors had charged Van Wagenen of inappropriately touching a girl between the ages of seven and nine on two occasions between 2013 and 2015 in two different cities in Utah.

The case came to light after Van Wagenen admitted in a secretly taped interview released in February by the Truth and Transparency Foundation of assaulting in 1993 a 13-year-old boy who was at a sleepover with Van Wagenen’s son.

In the recording, taped in 2018 by the now-adult victim, Wagenen admitted to the abuse and said he had informed police and leaders of the Mormon Church — or Church of Jesus Christ of Latter-day Saints — of his actions but was never criminally charged.

The case for which he has pleaded guilty was uncovered after The Truth and Transparency Foundation, a watchdog of the Mormon Church, released the tape.

Van Wagenen subsequently resigned from his part-time teaching position at the University of Utah’s Film and Media Arts Department.

Van Wagenen co-founded a Utah film festival in 1978 that later became known as the Sundance Film Festival with Robert Redford — who was once married to Van Wagenen’s cousin — at the helm.

However, Van Wagenen has not been involved with Sundance since 1993.