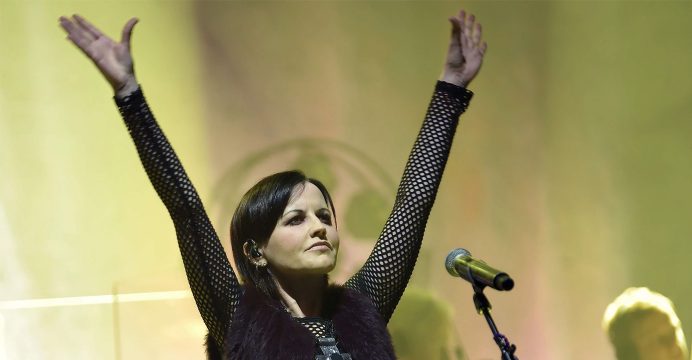 The Cranberries pay tribute to late singer with final album

Irish rockers The Cranberries are saying goodbye with their final album released on Friday, a poignant tribute to lead singer‏ who died last year.

“In the End” is the eighth studio album from the band that rose to fame in the early 1990s with hits likes “Zombie” and “Linger”, and includes the final recordings by O’Riordan, who drowned in a London hotel bath in January 2018 due to alcohol intoxication.

Work on the album began during a 2017 tour and by that winter, O’Riordan and guitarist Neil Hogan had penned and demoed 11 tracks.

With O’Riordan’s vocals recorded, Hogan, bassist Mike Hogan and drummer Fergal Lawler completed the album in tribute to her.

“When we realised how strong the songs were, that was the deciding factor really… There was no point… trying to ruin the legacy of the band,” Noel Hogan said in an interview.

“It was obvious that Dolores wanted this album done because when you hear the album, you hear the songs and how strong they are, and she was very, very excited to get in and record this.”

The Cranberries formed in Limerick in 1989 with another singer. O’Riordan replaced him a year later and the group went on to become Ireland’s best-selling rock band after U2, selling more than 40 million records.

O’Riordan, known for her strong distinctive voice singing about relationships or political violence, was 46 when she died.